Metz&Co closed in 2013. Its beautiful historical building has been taken over by an American clothing company Abercrombie & Fitch. 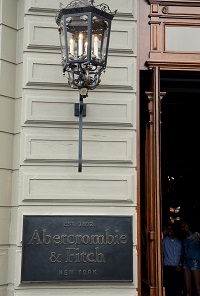 Metz is an élitist and full of pretense department store, selling glass and small decorative design objects, perfumes, gifts, clothes and fashion accessories, kitchenware and furniture. The oldest in Amsterdam (est.1740), previously known for its pionier role in introducing modern design in the Netherlands, now clearly has lost its direction, still good for an interesting find.

Metz&Co traces its roots back to 1740, when young merchant Mozes Samuels moved with his parents to Amsterdam and established a shop with textiles. He led the business until 1794 – the year his three sons took over the shop. In 1815 King William I gave Metz&Co the right of using the title ´The Purveyor to the Royal Household´ and the right to to display the royal coat of arms with the legend ´By Royal Warrant Purveyor to the Royal Household´. The succeeding Dutch monarchs have confirmed this right in 1840, 1849 and 1948. The company grew quickly in the 19th century, becoming an international trader in fabrics and consumer goods. In the 20th century, Metz became renowned for its designs by Gerrit Rietveld whose furniture collections can be seen today in museums all over the world, objects designed by Bart van der Leck, Sonia Delauny and Alvar Aalto. After the WWII, a British company Liberty of London took over the Metz&Co store. It became an influential design shop, until the 80-ties of the 20th century. 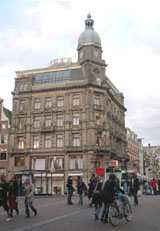 The present building of the Metz Company has been originally constructed for the New York Life Insurance Company and was taken over by Metz&Co in 1890, on the 150 anniversary of the store. There were two important changes made during the past century: in 1930, Gerrit T. Rietveld created his famous cupola on the roof of the Metz-building, with the galleria overlooking the city. In 1952, the basement has been rebuilt into a kitchen and tableware department by Terence Conran, who became later famous with his Conran's shops. In 1985 the space under Rietveld's cupola on the top floor, was rebuilt into a café and restaurant called M|café.

Just two words summarizes all: expensive. Metz&Co made its name selling its clients design objects other people cannot afford. However, today all shops try to impress its public with original design, because the design rules the market. Therefore, Metz&Co tries to remain ambitious in its choice and to offer things other shops do not have.

A popular M|Café and restaurant, under the glass cupola offers a skyline view on Amsterdam. It is interesting to see the roofs of the old city, its historical houses as well as their inside gardens, usually not accessible to the visitors.