Amsterdam is the most watery city in the world.
Its canals and harbours fill a full quarter of her surface
Its waterways have always been its essence and its source of wealth

The 17th century Canal Belt was placed on UNESCO's World Heritage list in 2011 and the medieval center of the city is undergoing an extensive renovation. On each canal there are historic, important or interesting sights. Read more as we describe the most important Amsterdam canals. 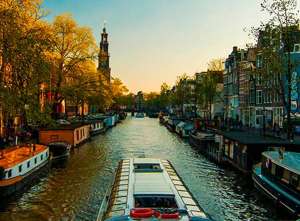 An Amsterdam Canal Cruise is most popular tourist attraction in the country. A diverse fleet of around 200 tour boats carry more than 3 million passengers a year, offering a waterborne variety of almost every form of entertainment that's available in Amsterdam.

The oldest canals in Amsterdam - The Red Light District

Amsterdam is the only old city in the world where the medieval center is not a museum but a Red Light District. This part of the city has a dualistic nature which contains both hedonism and beautiful history. It is crossed by the oldest and most beautiful canals in the city. The municipal project "1012" aims at reducing prostitution in the area and highlight the historic importance of these canals. The name refers to the postal code of that area of the city. 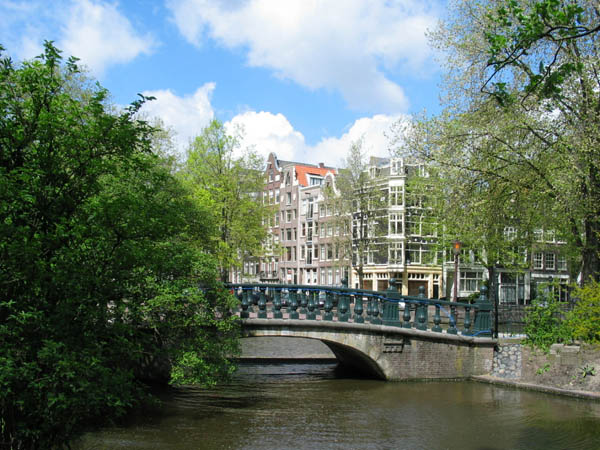 The Gentlemen's canal is considered to be the most important canal in Amsterdam. In the 17th century, the richest merchants, the mayors and the most influential regents of the city resided on this canal. Also the head office of the Dutch West India Company. An adress on the Gentlemen's canal is still considered to be prestigeous. The offical residence of the mayor of Amsterdam is on this canal in a house at number 502.

The Emperor's canal is the middle one of the three main canals of the city. It was named after emperor Maximillian of Austria. The canal is 31 metres wide, which makes it the widest canal in the city center. Digging this canal started in the year 1612, simultaneously with the Gentlemen's canal and Prince's canal. Originally a wide boulevard without water was planned here, but the future residents wanted a canal in front of their houses, so they could reach their house by boat. 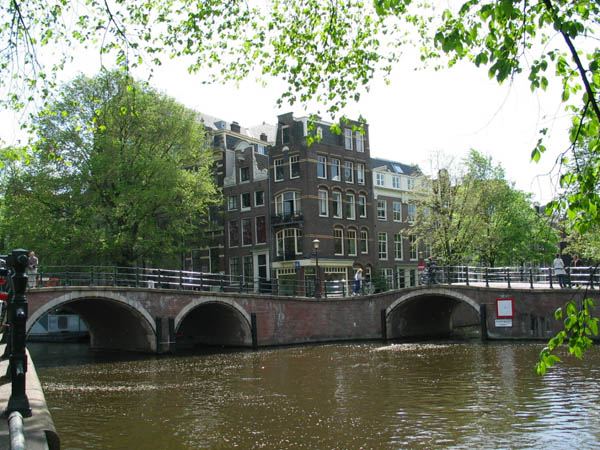 This is the outermost of the three main canals of Amsterdam. Together these three canals form the "Fourth outlay" of the city, an extension project that was started in 1612 and completed 50 years later. It made the city four times as big as it was when the project was started. During the 17th century the population of the city grew from 50 000 to 200 000, which made Amsterdam the 3rd biggest city in the world, after London and Paris.

The city was founded around 1250 with the building of the Dam that gave it its name. ‘Aeme Stelle Redamme’ is Medieval Dutch for: ‘Dam in a Watery Area’. The first canals were dug for water management and defence. As the city expanded in the Middle Ages, successive defence moats ended up inside the walls and lost their function. But they acquired an important new one: local transport of merchandise.

The Dam is still there as the heart of the city. But today this former barrier between the River Amstel and the “Southern Sea” is one of the few places in the center of town that you cannot sail a boat to. The last part of the river leading to the dam fell victim to land-traffic in 1922. The street that came in its place is still called ‘Damrak’, which is Dutch for: “Last section of the river, leading to the Dam.” Today, a subway line is being built in the old riverbed.

Small or large, if you prefer to rent a private boat instead of a traditional bus-like canal cruise, there is a great service for it. It is easy and transparent to rent a boat in Amsterdam for an event with your friends or colleagues.