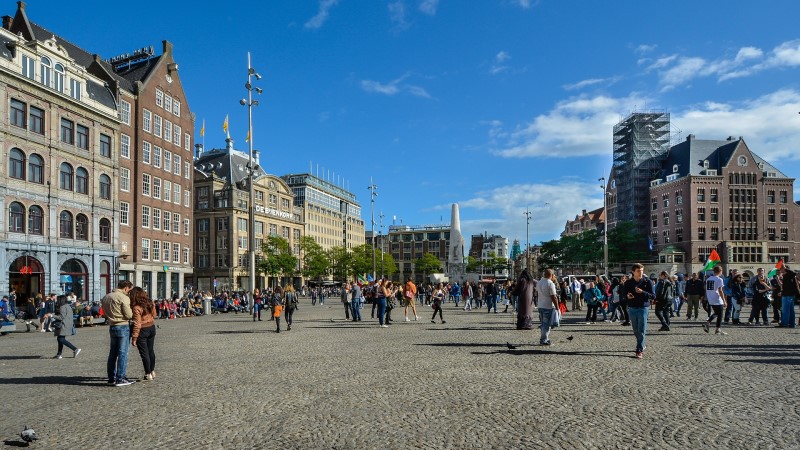 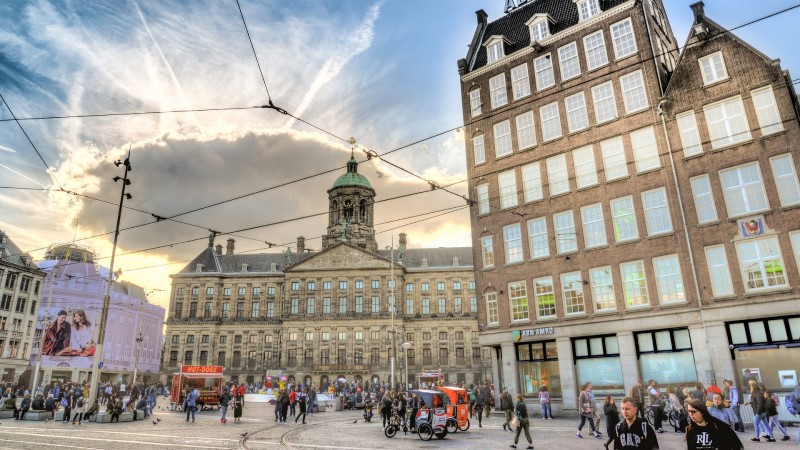 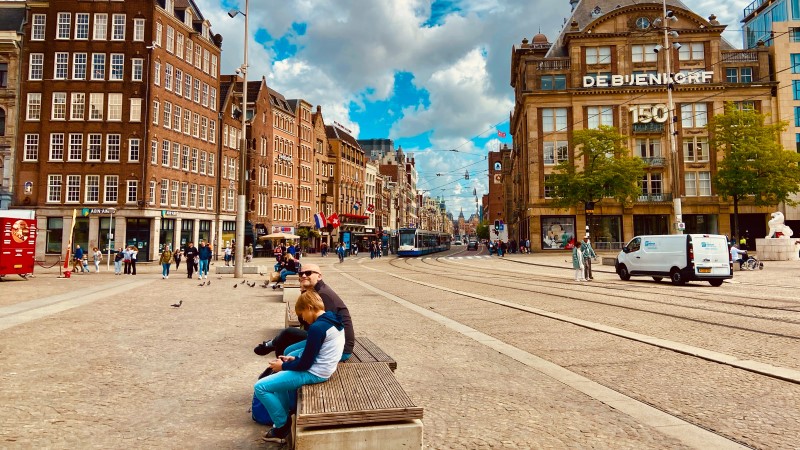 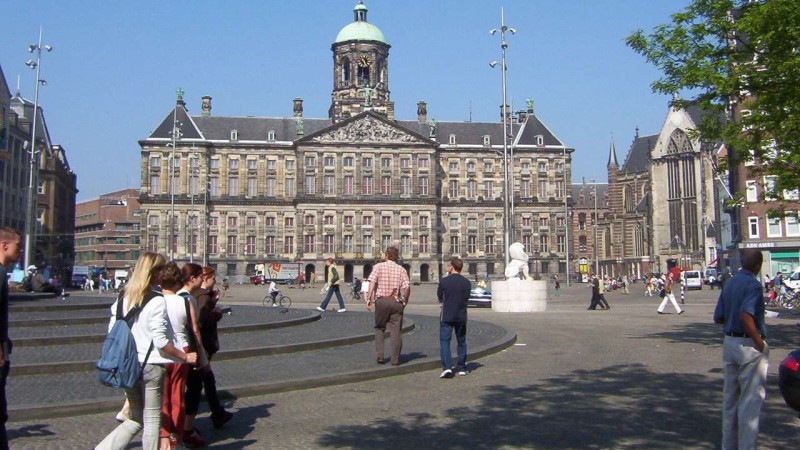 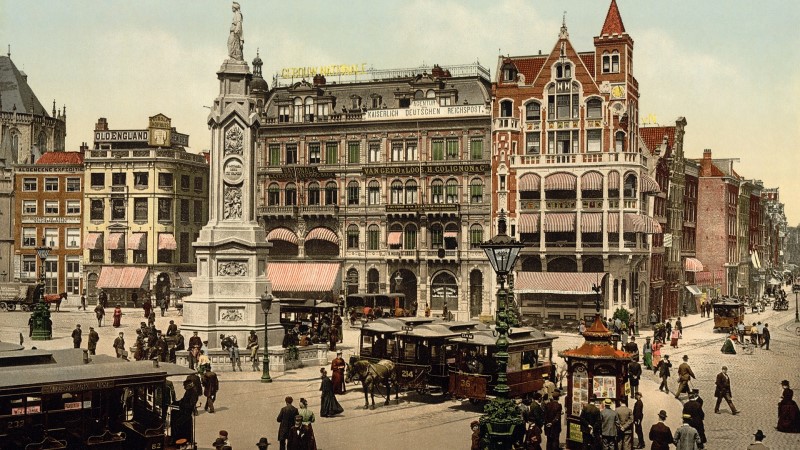 Just a five-minute walk down the Damrak from Central Station takes you into this main Amsterdam square. It is usually busy with locals and tourists day and night. Whatever the weather, there is always something going on.

There are food stalls, restaurants and shops galores, including the trendy Bijenkorf and Magna Plaza. And the Amsterdam Diamond Centre. Such is the popularity of Dam Square that you might even have to wait for a seat at one of the many cafe's and bars.


History and present of Dam Square

It was created in the 13th century when a dam was built around the river Amstel to prevent the Zuiderzee sea from flooding the city. During the sixties, the square was renowned for its Dam Square hippies. These days it is one of the main tourist sights and expect lots of entertainment. And pigeons. In spring, there may be a carnival on or you can have a go on the colourful ferris wheel. In the summer months, mimers and other street performers come out to surprise unexpected onlookers.

But without doubt, of all the attractions in Dam Square, Royal Palace (Koninklijk Palace) is quite literally the jewel in the crown. Although no longer home to the Dutch Royal family, this grand 17th century building is still used to hold official receptions. Opposite the Royal Palace you will see the Hotel Krasnapolsky. Other must-sees in Dam Square are Madame Tussauds, the world famous wax works museum, the New Church (Nieuwe Kerk) often used for important art exhibitions and Beurs van Berlage, an old stock exchange building now used as a concert hall and an exhibition space (located behind the Bijenkorf departement store).

On the south side of Dam Square stands the controversially phallic National Memorial statue, built in the memory of Dutch soldiers and members of the resistance who died in World War 2. Unveiled in 1956, the monument stores soil from all of Netherlands provinces as well as from the Dutch East Indies. And if you go to the back of the obelisk tower, you'll find the provinces' crests.

Dam Square in Amsterdam on the map