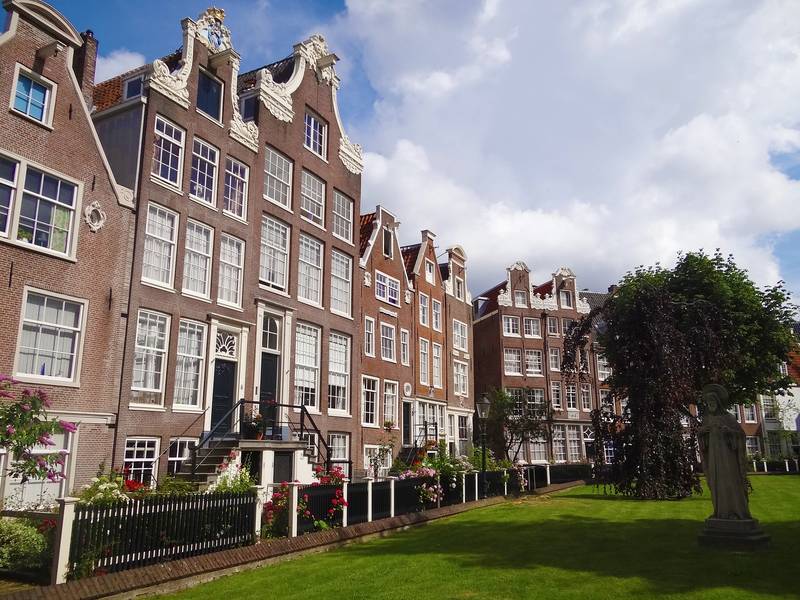 The Begijnhof is an enclosed courtyard dating from the early 14th century. Nothing survived of the earliest dwellings, but the Begijnhof, which is cut off from Amsterdam's traffic noise, still retains a sanctified atmosphere.

The Begijnhof was originally built as a sactuary for the Begijntjes, a Catholic sisterhood who lived like nuns, although they took no monastic vows. Houses in Begijnhof are still occupied by single women, so respect their privacy and also be quiet.

Begijnhof includes the Amsterdam's oldest surviving house Het Houten Huis dating from around 1420. On the adjoining walls, there is a fascinating collection of wall plaques with biblical themes. Southern fringe of the square is dominated by the Engelse Kerk (English Church) which dates from the 15th century and possesses its original medieval tower. The Begijnhof Chapel (No. 29 and 30), a clandestine church, was completed in 1680. It contains many reminders of the Catholic past.

It is unclear when exactly the Begijnhof was established. According a document the Beguines lived in 1346 in a house called "Beghynhuys". Later, in 1389, in a privileged letter there is mention of a courtyard. Read more on a dedicated page accesible through the link above. 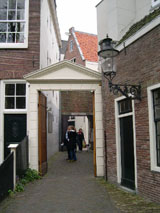 A part of the exhibit of the Amsterdam Historical Museum, consists of an impressive gallery of old portraits of the important citizens of Amsterdam - men and women. In a high, naturally lit corridor, big 17th century paintings were exhibited. The gallery is accessible to all visitors from the Begijnhof via a huge glass gate, located at the far end of the courtyard. Leave the Begijnhof and immediately take left to the Gedempte Begijnesloot dead end street. The entry to the gallery is free.

Begijnhof in Amsterdam on the map