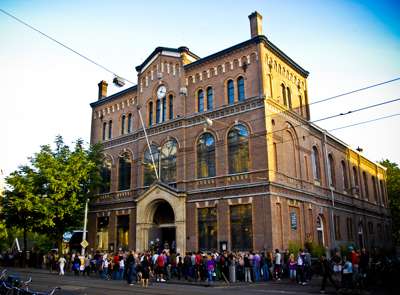 This former church building a short distance from the busy Leidseplein and houses to one of the most popular alternative music venues and nightclubs in Amsterdam. Paradiso has stood in this spot since 1968, when the 'Cosmic Relaxation Center Paradiso' opened its doors. Originally started as a collective of creatives, over the years the music scene took hold here and now Paradiso Amsterdam regularly offers concerts from world famous international bands as well as smaller gigs from indie bands and local artists.

As well as concerts by large international acts, Paradiso is one of the most well loved Amsterdam clubs. DJs host many different music nights here, with the offering changing regularly and constantly updated on the venue's website. Regular nights take place here too.

Every year, a number of festivals take root in the main hall of Paradiso among other locations, and Amsterdammers flock to the London's Calling britpop festival or the more electronic Five Days Off. 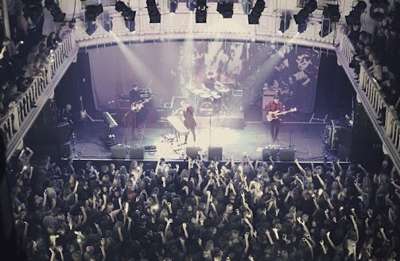 For a high profile alternative music concert in Amsterdam, the main hall of Paradiso is very well suited. The cavernous interior has a capacity of 1500 people, and international acts such as Queens of the Stone Age and the White Stripes often pack it to bursting. Needless to say, the fact that the room used to be a church hall means that, not only is the interior suitably impressive but the acoustics are excellent too. Upstairs, the small hall is Paradiso's secondary concert venue for smaller acts and emerging artists. The capacity here is only 250, so be sure to book your tickets on time.

Paradiso has also begun hosting events in its sister club Paradiso Noord, which can be found across the Ij near the Eye Film Institute. Simply hop on a free ferry behind Central Station to get there. Be sure to check the club's agenda and make sure you know which Paradiso is hosting the event you want to attend.

Ticket prices vary depending on the show, so when planning a concert in Amsterdam, be sure to check the cost. Tickets for all concerts, gigs and events can be bought online from the Paradiso website and printed out. A good tip is to always buy from the venue's website and not the band's, as it is not always guaranteed that the venue will recognise tickets from other sources. In addition to concert price a small membership fee is compulsory for entrance to this Amsterdam club and can be paid for in advance or when you arrive.

In general, doors open about half an hour before shows begin, but for big name gigs a queue lining the block outside Paradiso is not unusual, so be prepared to show up a little early to get a good spot.

Paradiso in Amsterdam on the map