For night owls and party people, there are plenty of Amsterdam clubs that offer wild, fun or classy nights out. Whether you're looking to dance the night away to your favourite hip hop and dubstep tracks, wow the crowd with your style or meet that special someone, the nightclubs in Amsterdam have got you covered. 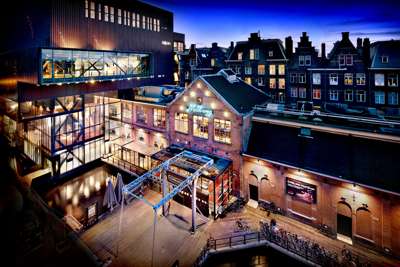 If the music being played is essential to your night out, there are plenty of venues and clubs on offer that focus on or have nights specialising in certain genres of music. The most well-known of these music centred Amsterdam clubs are, of course, Melkweg and Paradiso, both of which can be found just off Leidseplein. These respected music venues host concerts by huge international acts as well as club nights on the weekends that focus on a particular genre, from house and techno to indie rock. Bitterzoet, a short walk away at Spuistraat 2, also hosts a number of music nights, with either DJs or live bands performing a mixture of funk, soul, house and even modern jazz music. 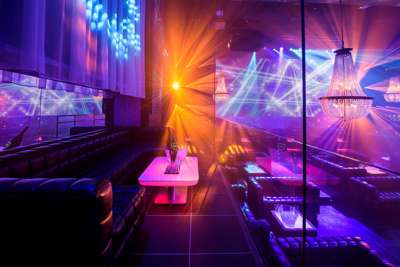 Some of the best night spots in the city can be found in the popular Rembrantplein area. Escape, located right on the square, is a large club with a number of different rooms, all of which are designed for a stylish night out. Across the square, Rain is also a high class nightclub and bar with a carefully planned luxury ethos. Jimmy Woo, just off Leidseplein at Korte Leidsedwarsstraat 18, is often called the most stylish club to visit in the city. Its reputation as a place where the beautiful people go to party is well deserved and the odd celebrity can be seen strutting their stuff here at VIP events and after-parties. 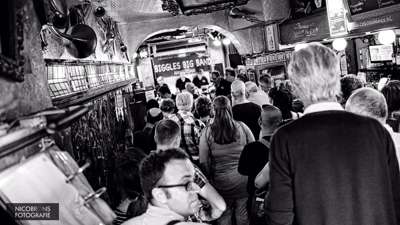 For clubs that offer a more mature music selection, look no further than the many jazz clubs Amsterdam has to offer. The large and modern Bimhuis at Piet Heinkade 3, beside the passenger terminal where Amsterdam's cruise ships dock, is the heart of the city's jazz scene and has hosted some of the genre's biggest stars. For a venue with an older feel, Cafe Casablanca can be found just outside the Red Light District at Zeedijk 24 and has been a fixture of Amsterdam's jazz scene since 1945.

Not every visitor to Amsterdam is rolling in money, and there are a number of clubs in the city with low or no entrance fees and relaxed dress codes that are friendly to students and backpackers. Dansen bij Jansen, close to Spui at Handboogstraat 11, is the most popular club for Amsterdam students. Student ID is required to get in and special drink deals and happy hours make it reasonably easy on the wallet.

On Rembrantplein, the tacky and easily spotted Club Smokey may not be the classiest Amsterdam club there is, but its cheap and cheerful approach makes it a popular spot for backpackers and students looking for an uncomplicated night out. Studio 80 is almost directly opposite Club Smokey and offers a great choice for those without much money who don't want to listen to pop music. Music nights are hosted here throughout the week and ticket prices are always affordable.

There are of course a large number of Amsterdam gay clubs that make for a great night out in the gay capital of Europe. Every Sunday hosts one of the most well respected gay nights in Amsterdam at De Trut on Bilderdijkstraat 165. The music is pop and dance oriented and the club has some strict rules, such as no mobile phones allowed inside and no straight people.

For more regular gay Amsterdam clubs, Club Roque at Amstel 178 is a bit more relaxed with its rules and offers free entrance on Wednesday and Thursday nights as well as before midnight on the weekends. The cruise club Fuxx at Warmoesstraat 96 has replaced the legendary club Cockring and also offers regular nights with a focus on fetish parties.