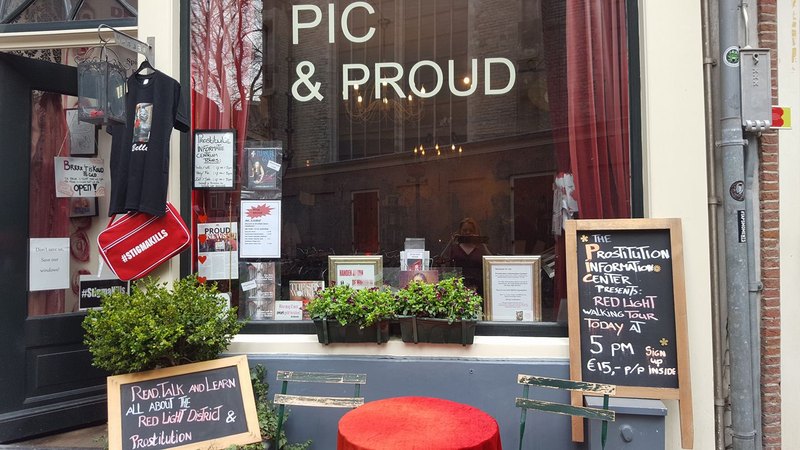 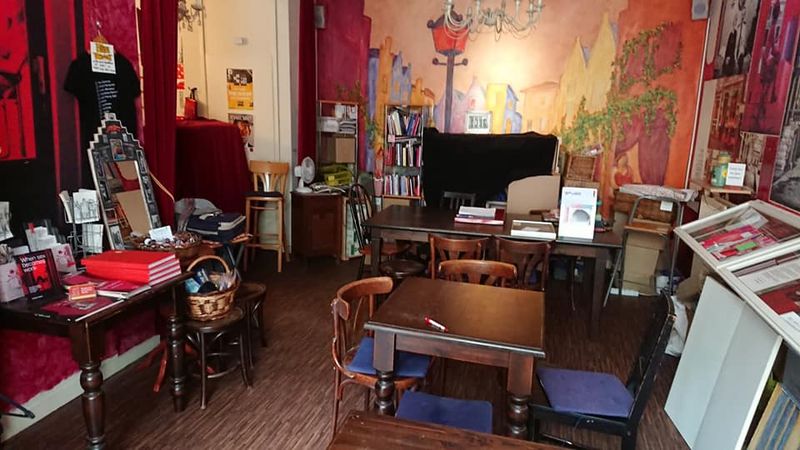 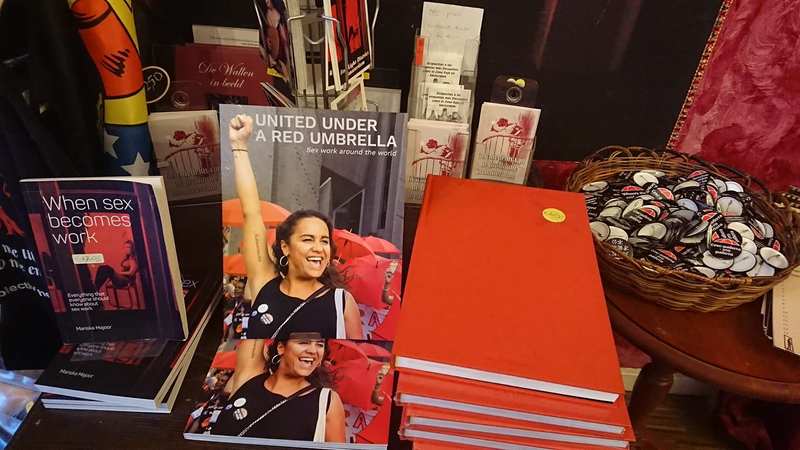 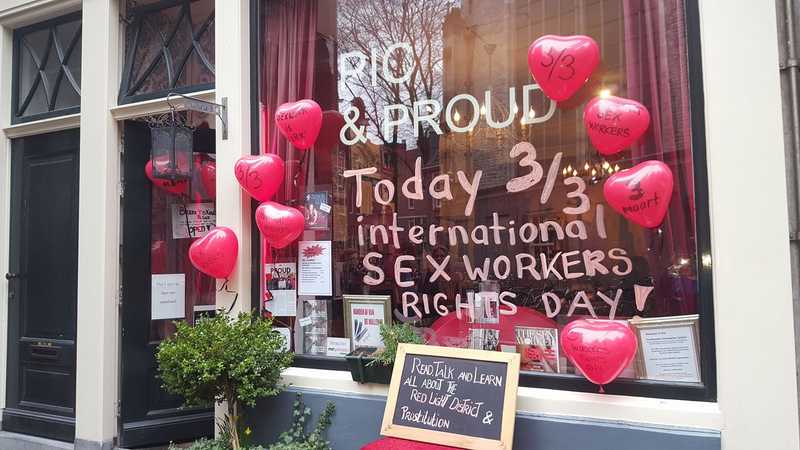 Red Light District or as Amsterdam inhabitants call it - De Wallen (The Walls, because the old city walls demolished centuries ago to build the area stood here) surprises you with contrasts. Dutch people like contrasting human activities, diverse ways of life, and the architecture which serves them. Everything is human and as long as nobody is violated or forced to suffer, a lot is allowed.

Around the Old Church

The Old Church (De Oude Kerk) is located in the center of the Red Light District area. Almost in front of the church you will see the information point and a shop of the Prostitution Information Center - PIC. But this is not the only contrast here. To the left of the church you will find The Princess Juliana Basic School for small children aged 4 to 12, next to several windows with immigrant sexworkerss standing there day and night. They are mainly from countries in central and south america. To the right you will find small alleys with more sexworkers in windows, couple of cafes and directly at the church wall you may see a small, bronze Sexworker Monument.

Established in 1994 by a young and intelligent Mariska Majoor, who began to work as a sexworker at the age of 16, Prostitution Information Center played an important part in the change of the Dutch laws regarding prostitution. A charitable foundation located in the middle of the Red Light District took on itself a task of informing the public about social conditions of women working in the sex industry. PIC defends the rights of the sexworkers, fights for their respect, and tries to bring the change in their social situation by introduction of the new laws which would protect them.

Wednesday to Saturday from 12am to 5pm.

The Tours around Red Light District

De Wallenwinkel organizes guided tours around the area. The tours leave from the shop everyday from Wednesday to Saturday at 5pm. They last for about 1,5 hours. The tours are guided in Dutch and English but French and Spanish are possible too when booked in advance. Your guide will often be a former sexworker.

Belle, the bronze statue representing sexworkers, was put there by PIC to ask for respect for sexworkers all over the world. The reason why she is standing to proudly and fiercely is to show exactly that: you can be proud of who you are and what you do when you work as a sexworker.