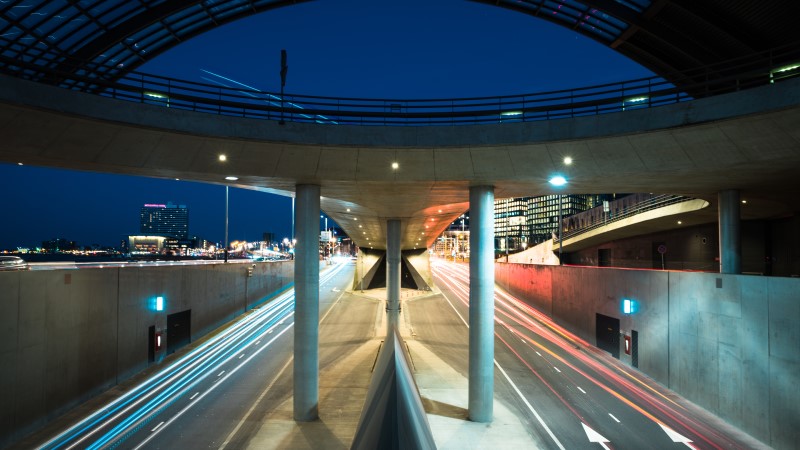 During the night the public transport in Amsterdam is serviced only by busses. Trams and metro do not operate. These night busses are operated by the same company GVB as the day public transport.

The night busses cover the whole Amsterdam area. You can see the routes on the map at the end of this page.

Tickets for the night public transport in Amsterdam

You can buy a simple paper ticket directly from the driver. Alternatively you can buy them in advance at the tickets machines that are at metro stations and at the central station.

The ticket costs €5 and is valid for 1.5 hours during which you can make unlimited transfers between busses.

You can also use your OV-chipcard to pay.

You can also use multi-day tickets or the Nachtbuscaard which is €25 for 12 night rides.

Night busses go only once per hour so you better make sure that you are on the bus-stop on time. And allow time for reserve and inaccuracies.

To find out exactly when the busses go you can search the official GVB info page.

These busses go to towns that are farther away from Amsterdam area. You can see these lines in yellow on the map. 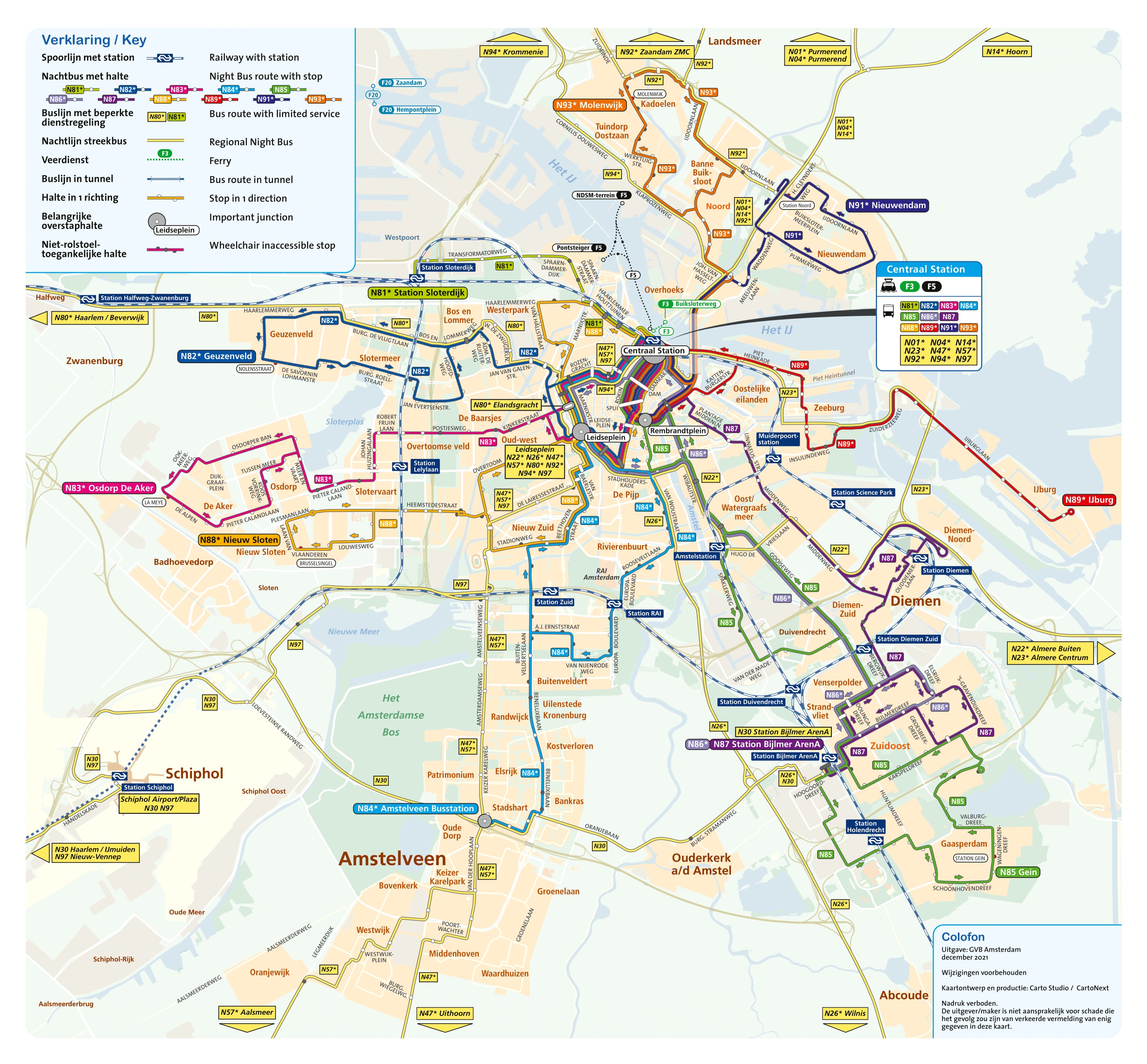