Includes 5 lines and 39 stations. The stations are often called by names of popular areas which even tourists often know.

The service does not cover the whole urban area of Amsterdam, but it does cover much of it. Parts that are not covered are easily accessible by other modes of very good Amsterdam public transport.

4 of the 5 lines pass or terminate at the Amsterdam Central Station.

Public transportation cannot be used to get from airport to Amsterdam city. You will need special tickets for dedicated train. It is recommended to book airport train or taxi in advance. You can do this through our Amsterdam airport transfer webpage.

The most basic ticket for 1 hour of travel costs €3,20. But there are many more options. Like time tickets for multiple days and pre-paid cards. Read this page about
Amsterdam public transport tickets prices for more information.

For tourists we recommend an Amsterdam discount card which gives you unlimited access to the city's public transport system and other benefits like free entry to museums and attractions.

You will need to buy a ticket for the bicycle.

Public transport in Amsterdam operates from 6am until midnight. However, some Metro trains will end their run before midnight, while others will reach distant suburban stations as late as 1am.

Route 52, the North to South Line, is the first metro line to run beneath the IJ river to Amsterdam North.

These rules are similar to other cities. Every person with common sense and common politeness should be easily familiar with them. 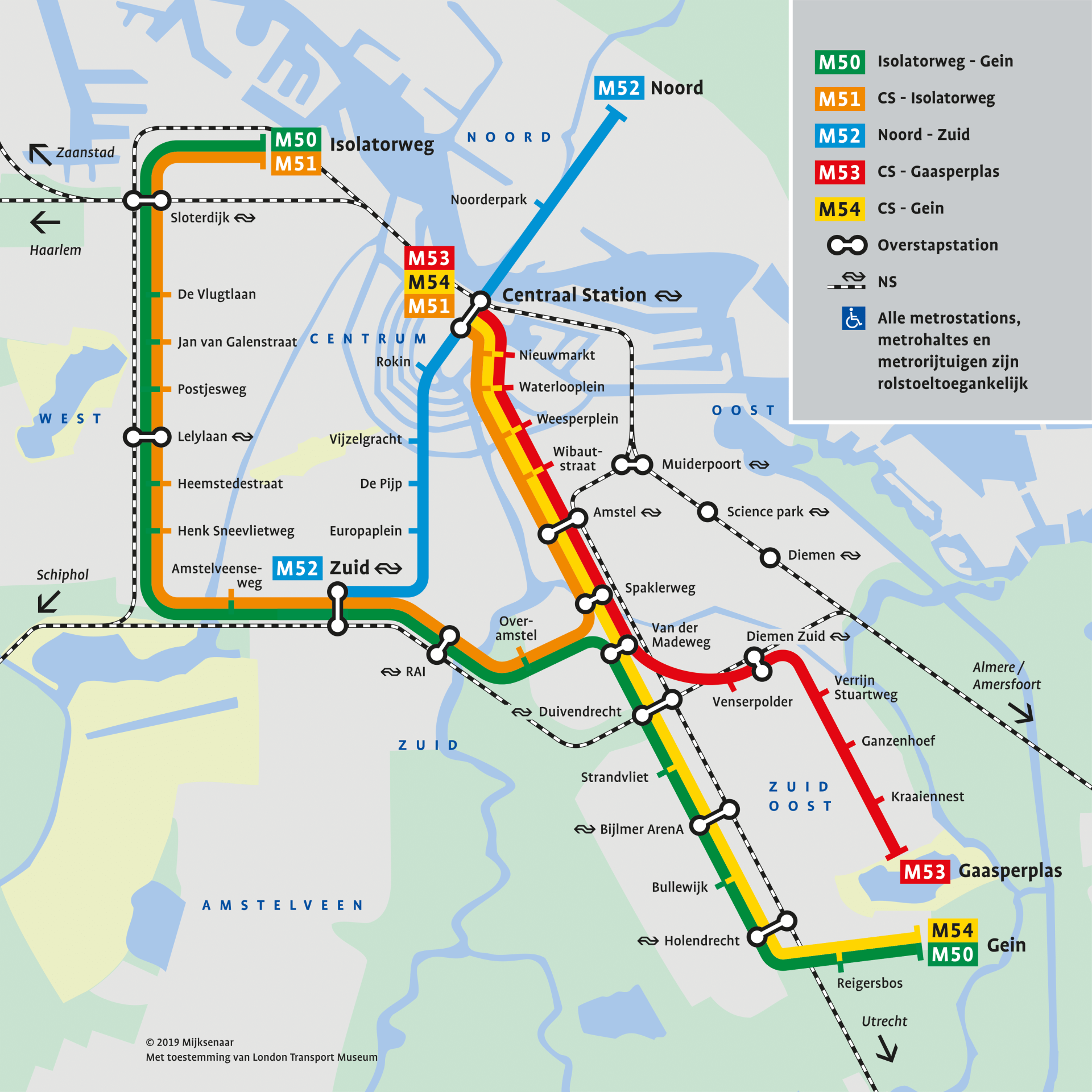