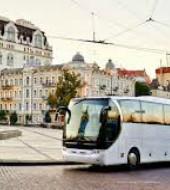 If you are thinking of going on holidays, one of the first decisions to consider is the mean of transportation. How to reach your destination with ease. Thanks to low cost airlines, it has become much easier to fly. However, destinations are still limited and some are far away from airports served by major airlines. Transportation such as trains is increasing in price every year. Although it covers the entire national territory and also goes across borders, sometimes it is not practical. Under certain circumstances, it may be advantageous to go on vacations by booking with one of the many low cost bus companies operating at home and abroad.

By taking advantage of the low cost bus companies, such as Eurolines and Flixibus, you will be able to reach the places of your dreams without having to incur in frequent changes of trains or planes nor the exhaustion from driving. It is much easier and more convenient to use buses to reach your desired destination.

Travelling by bus on domestic and international routes is increasing in popularity. For the major bus lines, the confirmed arrival of buses that depart every day from major European cities using different routes are in continuous expansion. The phenomenon is primarily justified by the need, which more and more people shared, to save money. Of course, to move around Europe by buses involves much longer travel times, but it can also mean a significant savings, in some cases up to 80%.

Prices for buses, unlike flights, do not include expenses such as airport taxes, boarding pass charges, credit card charges and airport shuttle. When taking a bus, you arrive directly in the center of the city, at a railway station, or a subway/tram station. These are the reasons why there is an increased in demand for buses. Also, thanks to the public who wishes to keep the cost low without having to give up travelling.

These buses are ultra-modern, environmental friendly, with air-conditioning, free WiFi, bathrooms and a minibar on board. Each passenger can travel with two free luggage stored in the trunk, and even your bicycle can follow you onto the bus.

Eurolines and Flixbus provides thousands of seats at a reduced rate on all domestic and international routes. Prices are competitive, and both domestic and international travels can be made last minute with an affordable rate. In addition, these transport companies have the most extensive network for Europe-wide lines and have linked together most European countries with more than 500 destinations. Therefore, it is possible to reach places such as Spain or Morocco in Western Europe and also extreme Eastern Europe and Russia.

There are several ways to book a trip by bus. For the more technological advanced people, it is simple, just visit the company's Internet page, and purchase the ticket for your desired travel. In a few easy steps, you will be able to buy a ticket and pay with your credit card. For others who are unsure how to do it online, you can always go to a travel agency or directly to the bus station and buy the paper ticket on the spot. Remember to keep in mind that promotions are usually valid until a few days before departure. The rule is "the sooner the better." Finally, there are some mobile applications which can calculate the most cost-effective routes to travel by bus.