What are the new Drug Laws introduced in the Netherlands? 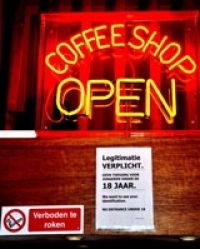 Under pressure from other European countries, especially France, and to combat organised crime, Dutch authorities search for new solutions in their drug policy. It is not about an outright change of the existing law, but about various small steps to limit the freedom Dutch people have. There is also a stress on very strict following of already existing laws. Even a minor law infraction results in a coffee shop closure. It has been estimated, that from 1500 coffee shops in 2007, there are no more than 650 – 700 left in the whole Netherlands, with about a third of them in Amsterdam.

In some small municipalities in the Netherlands, smoking of pot in the open has been outlawed. This is really new, because in principle you may smoke pot, as well as tobacco outside. Now, some small cities have forbidden it. You should go inside a coffee shop, or smoke inside your home or a private garden. Thus, not in public view.

At the beginning of October 2011, Dutch government made a plan to ban the sale of cannabis with THC content of more than 15%. This proposal would mean that so called Nederwiet, locally grown pot, much more potent than imported varieties as it usually has 30% of THC or more, would be treated as the hard drug and therefore forbidden. This rule, very difficult to enforce and control, remains one of several new ideas to limit the freedom Dutch people have at the moment.

Is it true that foreigners will not be allowed to buy pot?

As part of the failed "weed pass" plan, some municipalities close to the borders with Germany and Belgium, with an aim to stop so-called drug tourism, planned to introduce a special ID card issued only to locals, enabling them to enter the coffee shops, in effect turning coffee shops into closed clubs, requiring membership, where tourists would not be admitted. This idea was rejected, however some municipalities in the south do now require proof of residence to purchase soft drugs.

From October 1, 2011 in the city of Maastricht (population of 120 thousand) in the south of the Netherlands, ruled that only the Dutch and the visitors from Belgium and Germany are allowed to buy marijuana in coffee shops. An ID which has been always required at all coffee shops, to establish the buyer’s age (18 and older), serves additionally as proof that a visitor is not coming from further in Europe or the world.

Are these changes going to be introduced in Amsterdam?

We do not expect these changes to be introduced in Amsterdam in the near future. There is an attempt by the authorities to quiet down the whole scene, but the basics did not change, and the access to soft drugs remains open to all adults. We believe that changes in the border cities are more an exploration of new ideas than a beginning of change in the whole of the Netherlands.

Does it mean that there are no planned changes in Amsterdam?

Much stricter rules will be applied about the distance of coffee shops from schools in Amsterdam. In principle coffee shops now are not allowed in the proximity of 250 meters from any school (before 500m.). There is also a plan to clean the "close vicinity of schools" and this might eventually force the municipality to close most of the coffee shops, because in Amsterdam everything is close to anything. 250 meters is already very sharp rule in this densely populated city. The result would be, that more coffee shops will eventually close, but most of them will just move to Amsterdam suburbs.

How does the population of Amsterdam react to these planned changes?

People of Amsterdam do not want their city to be a capital of junkies and drug addicts from all over the world. But at the same time, they are for tolerance and accessibility of soft drugs. They would prefer to have the scene quieter, but not necessarily smaller. Any kind of sharp restrictions will have an opposite effect to that intended – the criminal world would control the sphere, which eventually would become illegal, and would reap profits from the limitations.

If I arrive to Amsterdam in the coming months, shall I be able to legally buy marijuana?

There are no immediate plans of direct changes in the drug policy in Amsterdam, noticeable to a tourist. Some coffee shops will close, but many will remain. If the new change of the law will be announced, we shall advise our readers about it. As for now, every person above 18 may enter a coffee shop. Your ID may be required to check your age.

Disclaimer: we would like to point to many other attractive ways of having a truly fine time in Amsterdam. If you are bored with the Dutch museums, which are really unique and a must to see, take a ride in a canal boat, have a glass of a fine Heineken or Grolsch beer, enjoy a tasty meal in one of Amsterdam restaurants or go shopping on one of Amsterdam colourful markets. Do not try to disconnect yourself from our wonderful city! Enjoy your visit!

By Peter Skelton for www.amsterdam.info