After the interest that sparked with Michael Moore's unique political documentaries, the world seems to be ready for some more truthful stories.

IDFA as an important part of the genre

The International Documentary Film Festival in Amsterdam which shortens to IDFA is one of the biggest and one of the most important festivals of its kind in the world. A unique opportunity for anyone to find out something new about the world we live in.

As with many other festivale this one is also a big marketplace for authors and TV stations. Many clebrities of the genre visit the event.

The atmosphere at IDFA

Probably the hardest task is to stay motivated and awake after ten nights of partying. Which takes place in de Balie every night. Usually you will meet intelligent and funny people from all over the world and will have a conversation on any topic you could think of. Be it football, carrots, sex or politics.

Screenings of documentary movies start from the early morning and last until the middle of the night. In the selection of over 200 movies, you will definitely find something for yourself. In order to escape the crowd of almost 100.000 people, our advice is to make sure that you have your tickets reserved in time.

The next IDFA documentary film festival in Amsterdam will be held between the dates 20 November 2019 and 1 December 2019.

Awards given at IDFA

There are several awards given by special juries. Awards like Joris Ivens Competition, Silver Wolf, The Fipresci Prize or DOEN Award. In order to have a clear interaction with the public, IDFA has established a special Public Prize Award. So that every visitor has an opportunity to give her/his opinion on the movies seen. This prize is also a great recommendation for the rest of the world on which the movies are most likely to become important and popular worldwide.

The IDFA timing and locations 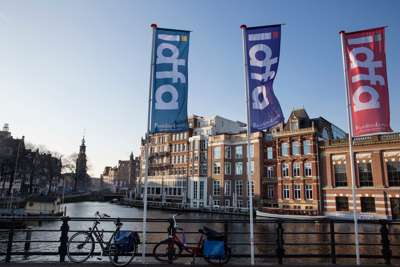 The event is scheduled on the last 2 weeks in November every year.