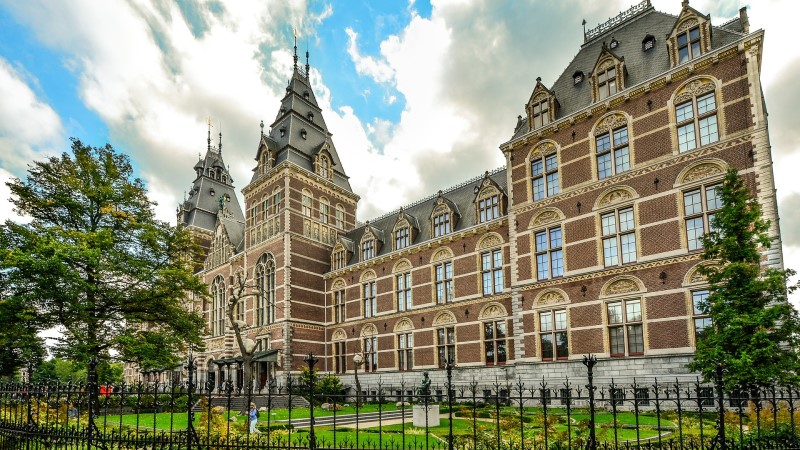 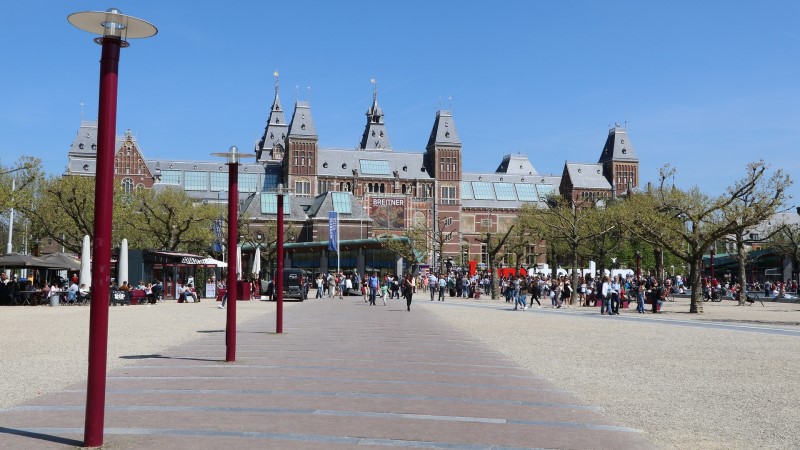 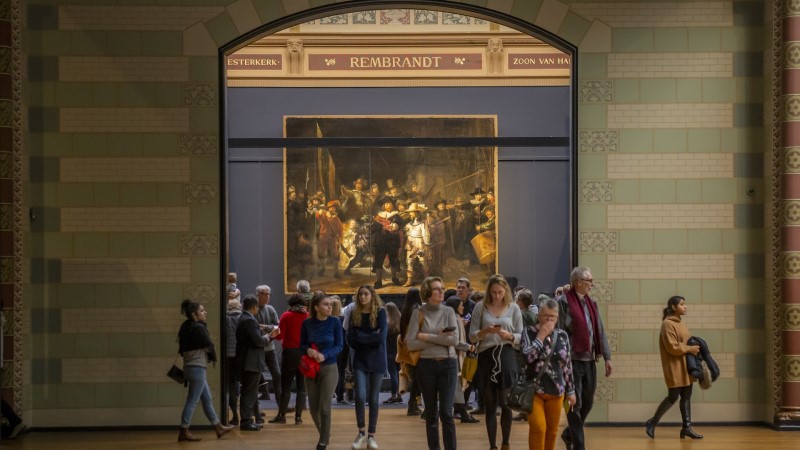 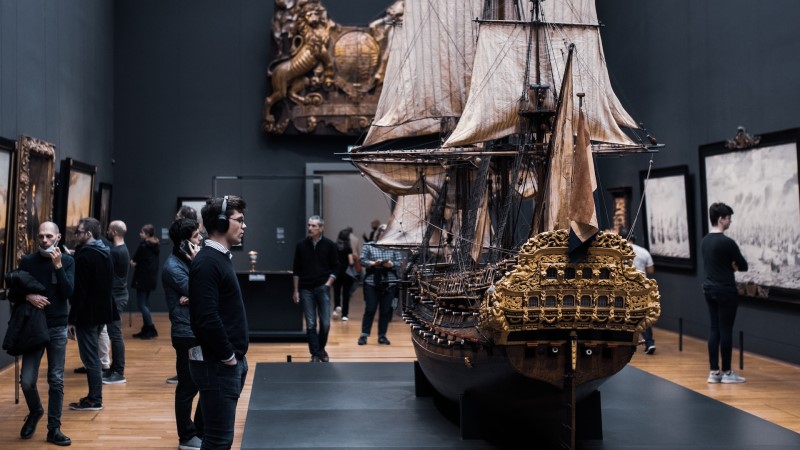 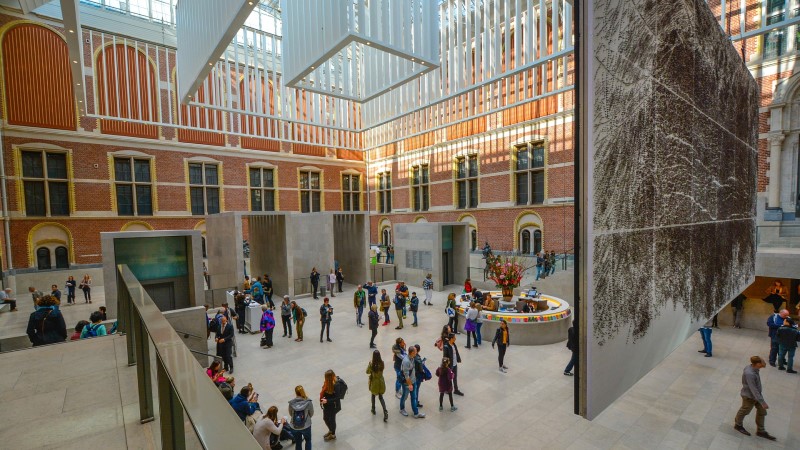 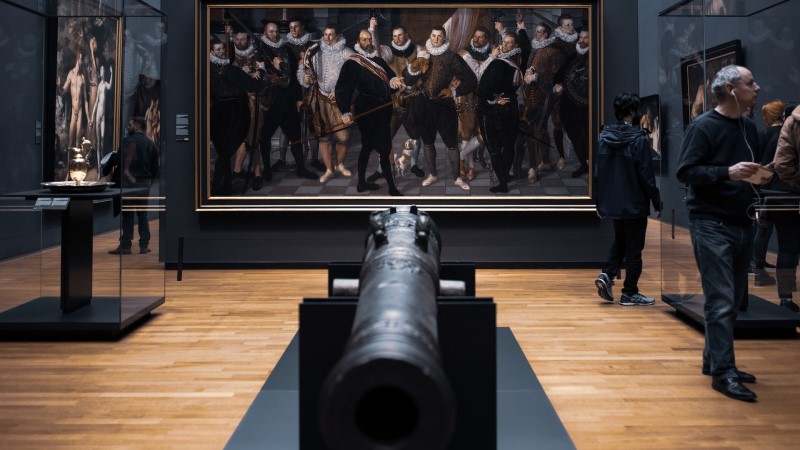 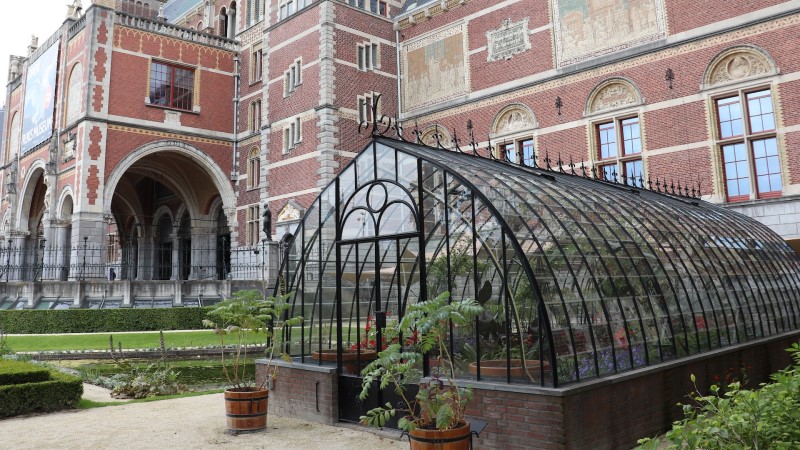 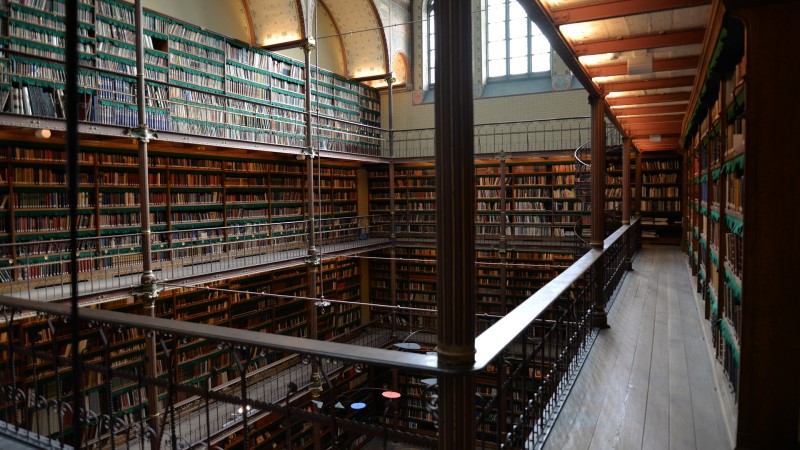 The Rijksmuseum, which in English means – The State Museum, exists for more that two hundred years and today belongs to the most breathtaking museums in the world. During its existence, the museum went through many transformations and remains now, especially after its complete renovation, the attraction you should not miss during your trip to the Netherlands.

The unique position Rijksmuseumin Amsterdam gained in the world throughout the centuries, comes not only from the possession of many masterpiece paintings of Dutch and world art. Along the masterworks like Rembrandt’s “Night watch”, several paintings by Vermeer, van Dyck and Jan Steen, the museum has truly exceptional collection of the antique objects of the material Dutch culture, vast collection of prints, drawings and the classic photography.

Visit to this museum is free if you have an Amsterdam city pass. They are good offers that will make your visit easier. Look at our comparison of various versions.

It is allowed to take photographs and to film in the museum as long as you do not use flash, lights or tripod.

History of the Rijksmuseum

It is in 1800, that The Amsterdam Rijksmuseum opened first its collection to the public as the Nationale Kunstgallerij (National Art Gallery). Since then, it moved several times before being established in Amsterdam (1808) by the decree of the King of the Netherlands Louis Bonaparte, brother of Napoleon. Named then the Royal Museum, received in 1815 from the Dutch King Willem I its present name. In 1885 Rijksmuseum moved to its beautiful building, designed by the Dutch architect Petrus J.H. Cuypers. It has been built in the then fashionable Dutch neo-Renaissance style, using historical neo-Gothic elements in it form and decoration.

Private tours of Amsterdam museums is a great option. You can find offers on a website accessed through the banner above. And for more economical option you can find group tours bookings among their museum tickets offers.

The reconstruction of the Rijksmuseum

The immense collection of the Amsterdam Rijksmuseum outgrew its 19th C. building and since december of 2003, it was reconstructed. New, modern exhibit has been built and the museum reopened after 10 years of renovation in April of 2013.

How to get to Rijksmuseum

Public transport:
- By tram (from Central Station) - lines 2 or 5 (exit on stop Hobbemastraat); from elsewhere in the city - tram 6, 7 or 10 (stop Spiegelgracht).
- By bus: 145, 170, 172 (stop Hobbemastraat). Please note that the bus stop Museumplein is far from the city museums.
By car: leave the city ring A10 on exit S108 (Amstelveen) and drive direction Centrum via Amstelveenseweg and De Lairessestraat. Turn left on the crossing at the Concertgebouw and try to park your car in the underground Q-park car park, under the Museumplein. The entrance to the car park is directly in front of the Concertgebouw, at the Albert Heijn supermarket entry. You have to drive through the sidewalk to enter it.
A separate access for touring buses to the same car park, is nearby the Philips Wings, on the left side of the Museumplein at the Paulus Potterstraat.

There is a small Rijksmuseum exhibit of usually eight to ten original paintings in the terminal of Schiphol Amsterdam Airport, open after Passport control to the public. Exhibits are held under different changing themes. Free admission.
Open: 7:00 - 20:00

Rijksmuseum in Amsterdam on the map