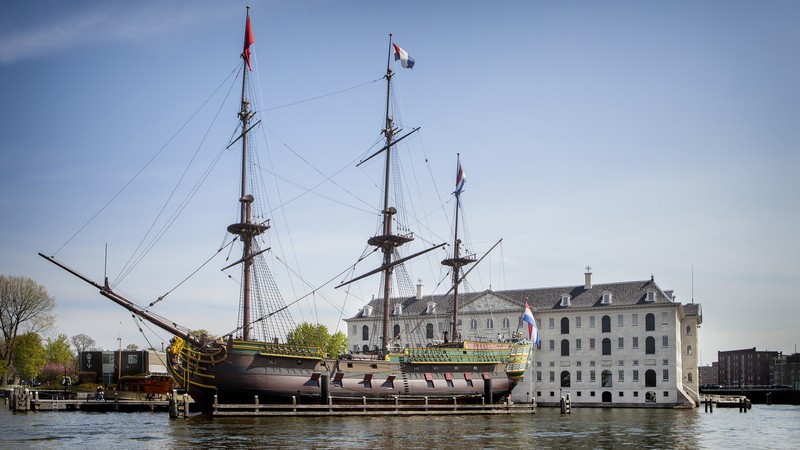 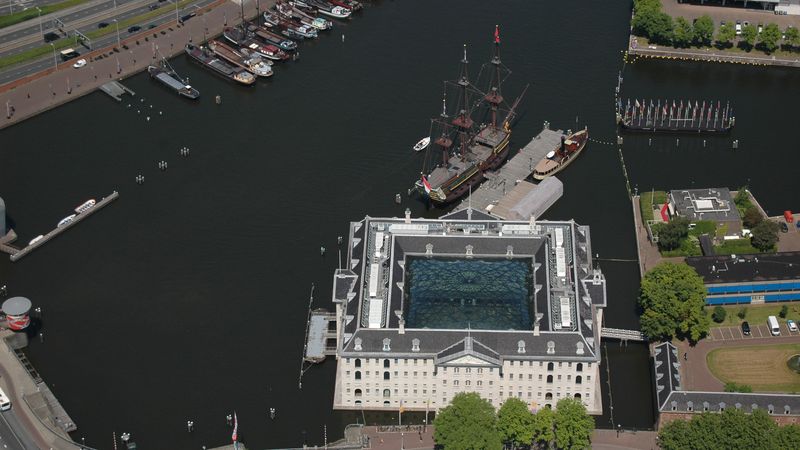 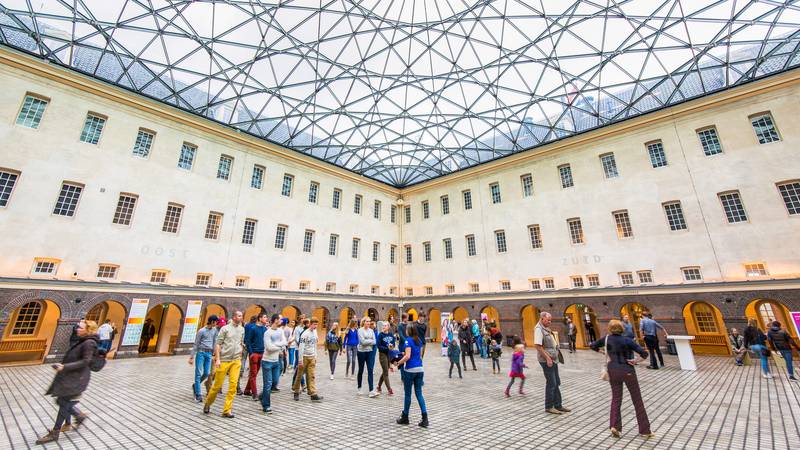 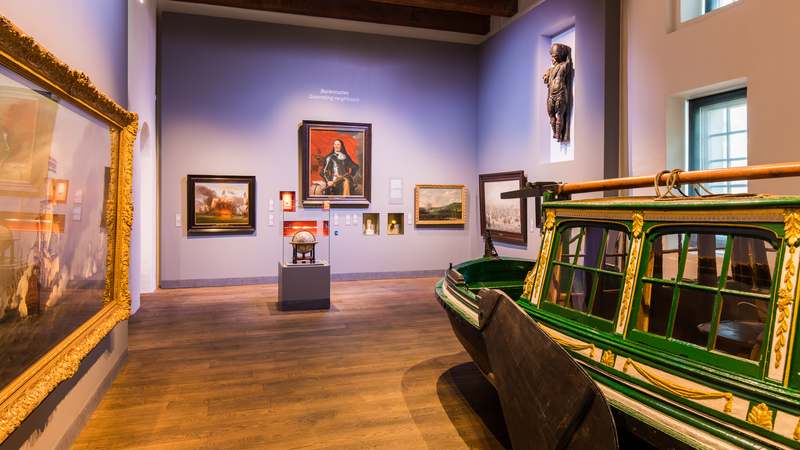 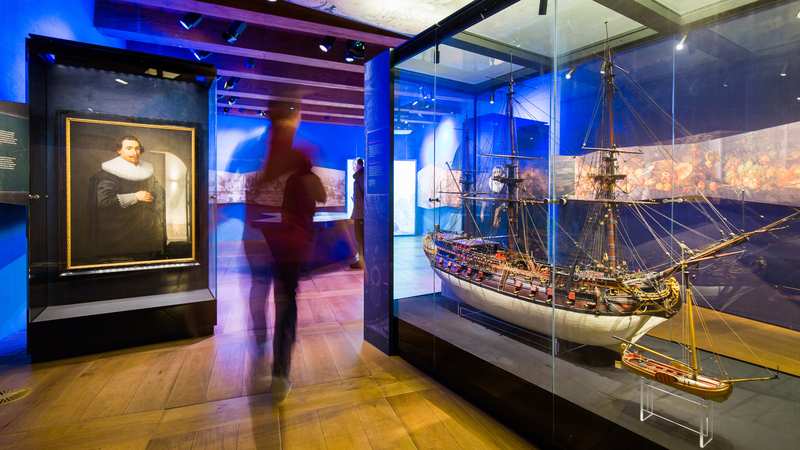 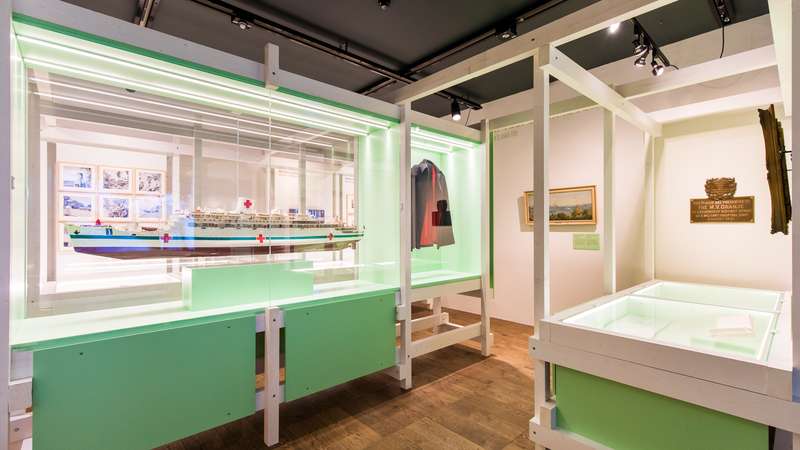 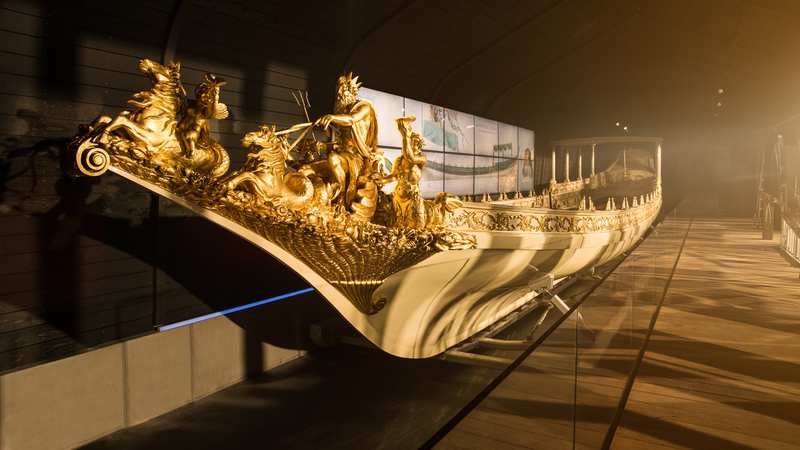 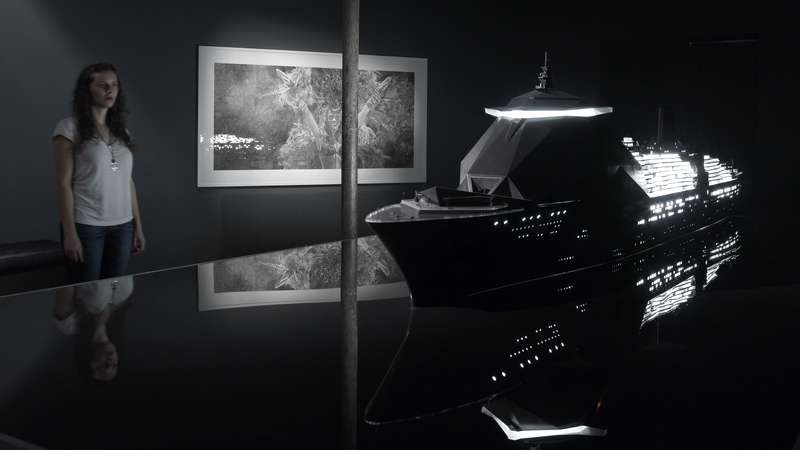 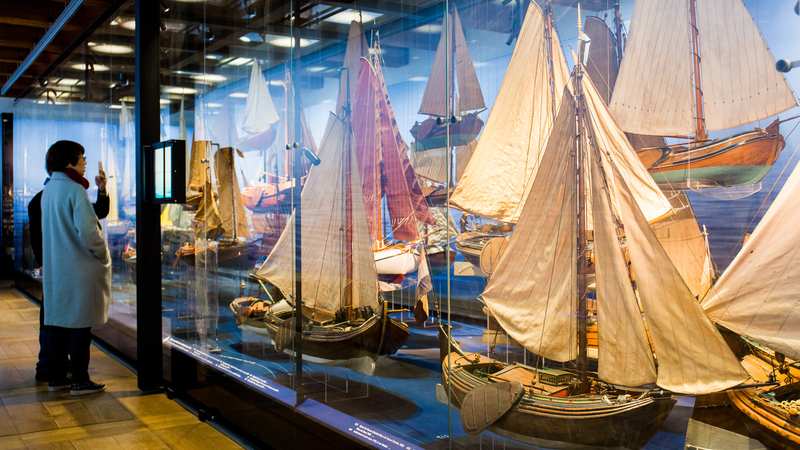 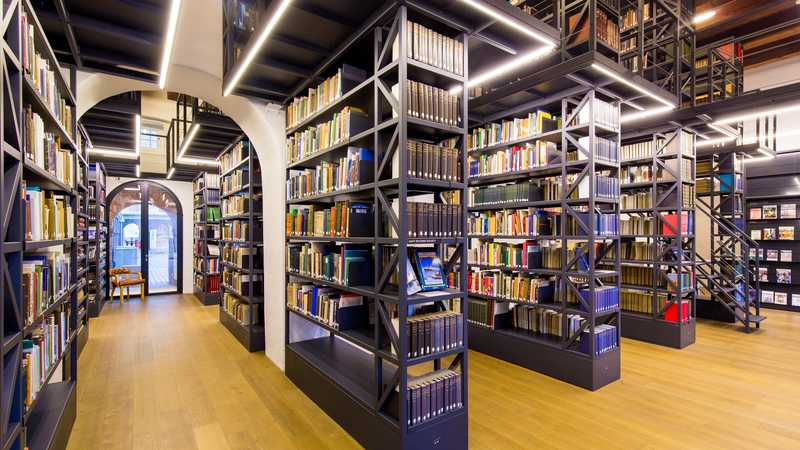 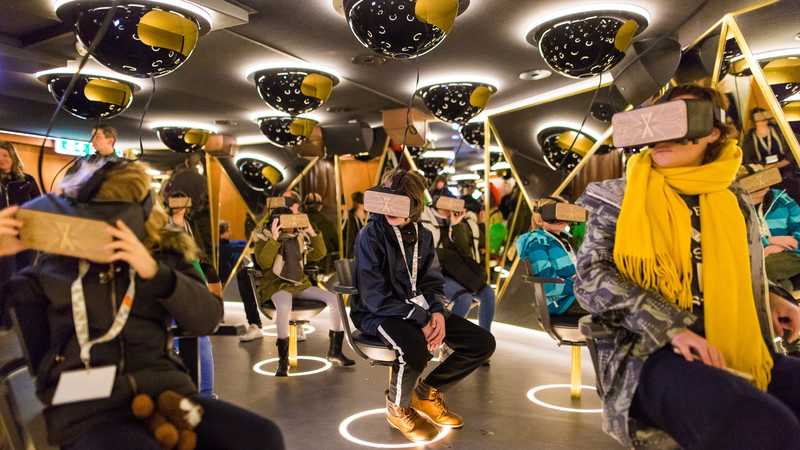 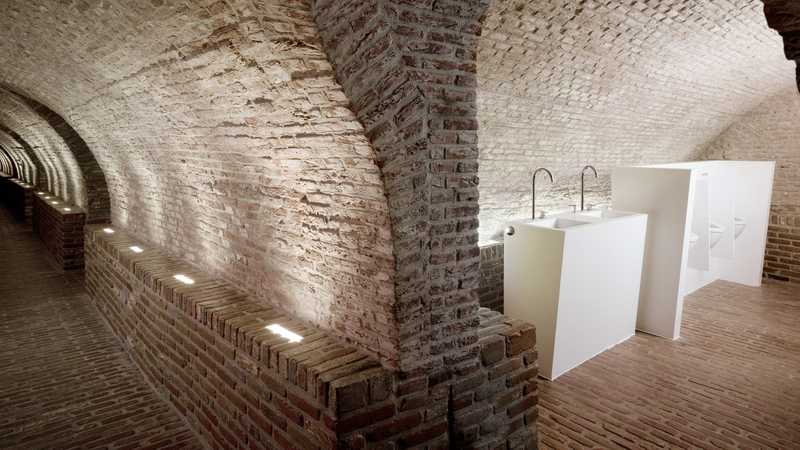 In Dutch: Het Scheepvaartmuseum in Amsterdam

Reconstructed and modernized in 2011, The Amsterdam National Maritime Museum, is located a bit off Amsterdam center, near the city old harbor. A huge historical building s’Lands Zeemagazijn – the main land store of the Amsterdam Admiralty, which has been used until 1973 by the Dutch Navy, became the modern multimedia museum with a rich 60000 volumes maritime library, as well as restaurant and a museum shop.

You can buy the Maritime Museum tickets online and avoid waiting lines.

Building and the ship

The Amsterdam maritime museum building dates from 1656, it was designed by Daniël Stalpaert and at the time it was an architecture wonder. To construct it on the artificial island created in the Amsterdam harbor, 1800 wooden piles had to be sunk deep into the muddy ground. It is here, that the war ships of the Dutch Republic were equipped.

During the recent renovation, a vast space of the building inner courtyard has been covered by a glass roofing, creating a pleasant space for the visitors. In the evening hundred of tiny LED lights placed between shields of glass give an impression of the starry sky.

The replica of the three masted “Amsterdam”, a large vessel of the Dutch East India Company, which in its maiden journey to Batavia sank in a storm in the English Channel in winter of 1749, stands high above the waters of Ij Bay, directly at the Amsterdam maritime museum quay. The wreck of the ship has been discovered off the English coast in 1969, and the museum replica has been completed in 1990. Visiting the ship, you may see how small and primitive spaces were to house 350 people during the ship’s journey, with more comfortable but equally minute quarters for the ship’s captain and officers.  If you like boats there is also a large upcoming event about historical sail ships called Amsterdam SAIL.

Het Scheepvaartmuseum has a rich and colorful collection of maritime artifacts and it takes hours just to walk through its show. The collection has been divided into several smaller exhibits on diverse themes. Just to list the most important - ‘See You in the Golden Age’, ‘Port 24/7’, ‘Voyage at Sea’, ‘The Ship Decorations’, ‘The Navigational Instruments’ and the themes addressed to kids from age of 6 - ‘The Tale of the Whale’, ‘My Expo' and ‘Sal and Yori and Circus Sea’.

This playful and colorful museum is an example of the 21st C. exhibition means – multimedia, attraction park elements, video games and plays for children. It all serves passing on national history and traditions to a younger generation. For a foreign visitor (the museum’s info is in Dutch and English), the show offers a unique way to understanding history of the Netherlands and its people. This is probably the best of Amsterdam museums at the moment. Do not miss it, especially if you are visiting Amsterdam with kids.

You must keep your ticket to enter different parts of the maritime museum in Amsterdam.

The Amsterdam Maritime museum as well as the ship have been prepared to receive handicapped visitors. Wheelchairs are available and there are lifts to upper floors. Special parking places for the handicapped are located at the main entry.

The museum restaurant “Stalpaert” and the museum shop “Het Pakhuis” are accessible to everybody during the museum opening hours, without an admission fee.

How to get to Maritime Museum

Walking: from Central Station walk along the Ij Bay along Prins Hendrikkade. You will see the old VOC – Far East Company sailing ship replica on your left. The museum is located just at the ship - 15 minutes walk.
Public transport: from the Central Station – busses line 22 direction Indische Buurt, and 48 directions Borneo Eiland stop in front of the St. Nicolaas Church, left from the station. Exit after two stops, at Kadijksplein. The museum is to your left.
By car: from the Amsterdam ring A10 take an exit S116. Ride through the Ij tunnel, take right and make a U-turn to return to the museum.
Park your car before reaching the Amsterdam maritime museum turning to your right, in the Kadijksplein area. Other parking possibilities are P+R car park

Markenhoven and Parkeergarage Oosterdok - Oosterdok 3, 1011 AD Amsterdam; €1.50 for each 20 minutes.


National Maritime Museum in Amsterdam on the map