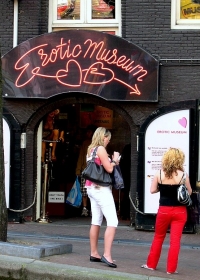 Walking: (5 minutes) from the Dam square or the Central Station into the heart of the Red Light District. Oude Zijds Achterburgwal is the main canal street of the area.