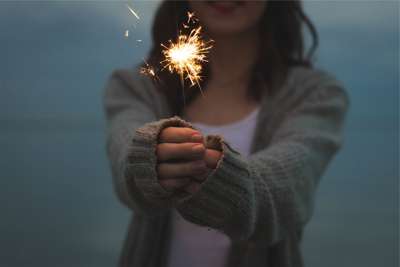 If you find yourself in Amsterdam for New Year's Eve, you're in for a treat.

The city's streets are crowded with tourists on this night. They are here, of course, to see the spectacular fireworks displays and to enjoy the air of excitement that is New Year's Eve in Amsterdam. But most Amsterdammers will retire to private residences, cafes or bars for parties or get-togethers until midnight, when the real fun starts.

The city begins celebrating as early as December 29th, when excited kids set off the odd firecracker. As soon as the sun sets on December 31st, kids take to the streets with small pyrotechnics to surprise unsuspecting passers-by with delayed bangs. But ss the clock strikes twelve, the city literally erupts with light and sound, as fireworks are set off all over the city and people are shouting New Year’s wishes.

The major tourist areas, such as Leidseplein, Dam Square, Nieuwmarkt and Rembrandtplein are good spots to see organized firework displays, but go early to get a good spot to view. Dam Square is set up with beer tents and live shows, and gets very crowded with rowdy tourists. If you want a quiet spot to see the fireworks, pick any bridge on the city's main canals and watch the sky. you'll see fireworks from all directions and hear the incredible sounds of a city celebrating.