Though millions of visitors each year head to Netherlands, most of them visit only Amsterdam. There is much more to be seen, which is exactly where the Grand Holland Tour comes into play.

To reserve your place book this tour in advance on the
Grand Holland tour from Amsterdam webpage. 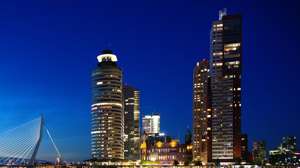 An important port city with the world's largest harbour. But not only that. Rotterdam was almost completely reconstructed after World War 2 and now is also known for modern and often even bold architecture. In contrast to that the preserved Delfshaven neighborhood is full of 17th century buildings and artisan canalside shopping.

Euromast is a broadcast tower that also serves as a viewpoint and a restaurant. 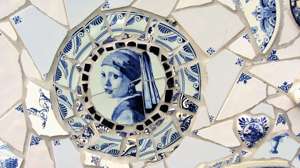 Similarly to Amsterdam, Delft is also a canal ringed city. It is known for the manufacture of hand painted, blue and white pottery called Delftware. Has a medieval old town, impressing old and new churches, lively market square and used to be the seat of the royal House of Orange. 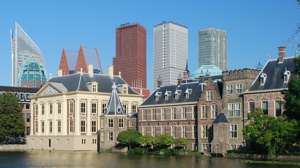 Known for its governmental role Hague is the seat of many institutions. The Dutch parliament in the gothic complex of Binnenhof. The Dutch king's workplace in the 16th century Noordeinde Palace. And the U.N.’s International Court of Justice in the Peace Palace.

Located in Hague, Madurodam is a park filled with 1:25 scale miniatures of famous Dutch landmarks and sights. Also other aspects including flora, street decoration, canals and people are modelled realistically and to the scale. Truly a fascinating experience.

Departure, price and other necessary info

Visit the reservation page of this tour through the link above to see all the detailed information. And there are also other interesting products so looking around is recommended.

The Netherlands on the map