The home stadium of A.F.C. Ajax (Amsterdamsche Football Club Ajax), the most famous Dutch soccer club, is impressive in its architecture. World of Ajax Tours have been organized especially to visit the ArenA stadium, which is located in South East suburb of the city.

Arena serves not only as the home stadium of Ajax, but is also the biggest and most modern hall of the Dutch capital, where often important concerts and other mass events are organized. Like many modern stadiums, ArenA has a retractable roof, which can be opened when it does not rain. After its construction in 1996, the 51 thousand seats stadium appeared already too small and has been not always lucky for Ajax. There were also some problems with the natural grass pitch of the stadium – it had to be changed four times a year, as the grass did not grow well without a natural wind. Nowadays huge fan ventilators create artificial wind and additionally special grass seeds were developed, which grow better inside the stadium. 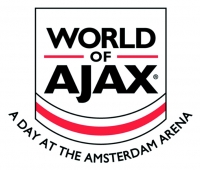 For the fans of A.F.C. Ajax, special guided tours are being organized to visit the ArenA. During the tour, you will be able to see the press room where press conferences take place before each match, visit the control room of the stadium, look at the pitch from the ArenA’s highest seat and often observe first Ajax team training, depending on the actual training schedule (excluding Saturday, when training of the first team is closed to the public). 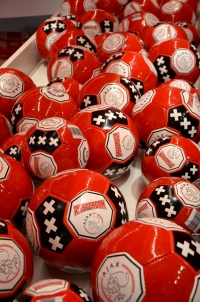 A big (620 sq. m.) shop of Ajax clothes, sports equipment and gadgets is open at the ArenA. The shop may print your own name or the name of your favorite player, as well as your favorite number on an Ajax shirt.

How to get to Amsterdam Arena

By car: from the ring A10 take A2 South direction Utrecht and soon exit at the Transferium. Park your car in the Transferium. Walk to the E entry of the ArenA.
By metro: lines 50 and 54, from the Central Station take metro to the Amsterdam-Bijlmer-ArenA. Exit the station direction Arena Boulevard. Walk away from the station through the modern commercial centre. You will see the ArenA on your right, with the entry to the famous violent supporters F sector. Walk further, along the Perry Sport shop to see the E entry to the ArenA.
By bus: lines 29, 158, 174, 177, 178, exit on a stop Station Bijmer Arena, walk direction the metro statioon and later direction Arena Boulevard.

Amsterdam ArenA Tours on the map