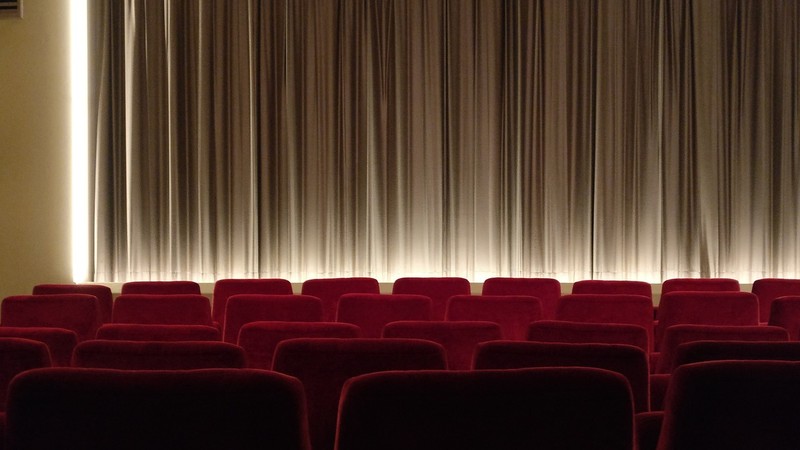 There are some 55 movie theatres to choose from in Amsterdam, many of which are located in the city center around Leidseplein and Rembrandtplein.

Although cinemas outside of the main squares get filled rarely, cinemas in the Amsterdam city center often do get busy on weekends. So it's advisable to book early. Most reservations can be made by phone or online. If not, just pop into the movie theatre prior to the showing. Admission prices are around €10, depending on the show, time and day. Be aware that you may not enter the screening after the movie has started.

Most information these days is found online. But if you would like a printed cinema programming folder - "Film agenda", it is issued every Thursday for a week to follow. You may get it free, in the hall of every cinema in Amsterdam. The dates of the listings are clearly marked on its front page an it is usually also in English language. Daily newspapers also often publish the cinema program. It is on Thursday when the movies program changes. Other publications include bimonthly magazine Preview and monthly newsletter Filmkrant.

Language and subtitles in Dutch cinemas

Dutch cinemas screen all movies in their original language version with Dutch subtitles. As most of the movies are American or English, you will have a lot to choose from. Additionally, sometimes Dutch movies are released with English subtitles. The movies for kids are usually released both ways - subtitled in an original version and dubbed.

Like any other city, Amsterdam caters for all tastes offering first run cinemas (screening regular films) and art-houses (Dutch: filmhuizen). With the exception of Uitkijk, every cinema sells popcorn and an array of hot and cold beverages. If you fancy watching an art-house film or cult classic, head for the stunning new Eye Institute (Amsterdam film museum located behind Central Station at the Ij Lake), Het Ketelhuis (Westergasfabriek, Harlemmerweg), the Rialto (Ceintuurbaan) or The Movies on Haarlemmerdijk, which has its own restaurant. For the ultimate cinematic experience, a must is Tuschinski, a grand Art Deco cinema.

An old cinema palace conveniently located between the Munt tower and the Rembrandtplein. Built by the immigrant from Poland Abraham Tuschinski, the cinema opened in 1921 and it remains till today with its Art Deco interior one of the most cherished buildings in Amsterdam. Tuschinski has been recently rebuild, a modern annex has been added, the cinema has been modernized, but the character of its old part has been preserved.
Pathé Tuschinski; Reguliersbreestraat 26-34, 1017 CN Amsterdam
For reservations call: 0900-1458
www.tuschinski.nl

Café and an art house directly behind the big theater on the Leidseplein. Good coffee and some basic snacks like cakes, nuts, chips and chocolate. Cinecenter is known among the cinema lovers. The bar opens about an hour before the first show.
Cinecenter; Lijnbaansgracht 236, 1017 PH Amsterdam
For reservations call: 623 66 15
www.cinecenter.nl

De Balie is a vibrant with activity cultural center just at the Leidseplein, in front of the Pathé City cinema. You can get good coffee and cold beer in its café, you may follow interesting conferences about the actual cultural and political issues, as well as see artsy theater performances and selected films.
De Balie; Kleine-Gartmanplantsoen 10, 1017 RR Amsterdam
For reservations call: 553 35 100
www.debalie.nl

An old multiplex which is going to be rebuild serves temporarily as the outlet of the Filmmuseum, showing art films on selected days of the week. Check the agenda for the schedule because often these are one time screenings.
Filmmuseum Cinerama, Marnixstraat 400, 1017 PL Amsterdam
For reservations call: 0900 93 63
www.filmmuseum.nl

Film Museum is located in a big villa in Vondelpark. Apart from the real museum it functions as an art house showing old classic movies.
Usually runs the whole programs of composed of films of a chosen director, a known movie star or a certain artistic tendency.
Filmmuseum Vondelpark, Vondelpark 3, 1071 AA Amsterdam
For reservations call: 0900 93 63
www.filmmuseum.nl

This is a student cinema, run by young people as well . It is located a bit off center, but often shows art films you are not going to see elsewhere. Check carefully the screening times. There might be only one screening of the film you want to see.
Kriterion; Roetersstraat 170, 1018 WE Amsterdam
For reservations call: 6231708
www.kriterion.nl

The Movies is located at the end of Harlemmerdijk, about 20 minutes walk from the Dam Square, going Nieuwendijk in the opposite direction to the Kalverstraat. If you continue walking this street The Movies will be on your left hand (although the name of the street will change). It is now the oldest cinemas in Amsterdam (est. 1912). It tries to combine quality programming with its commercial interests. It has also a restaurant and a café. The Movies, Haarlemmerdijk 159-165, 1013 KH Amsterdam
For reservations call: 6386016
www.themovies.nl

Big and modern multiplex out of the city, inside the commercial center near the Ajax Arena. It also has an I-max cinema. You may park the car in one of the parking spaces or go there by metro. Pathé Arena screens all the commercial hits. If you have never been to the I-max cinema, try it. because of the huge screen and the sheer quality of the projection it is really impressive.
Pathé Arena, ArenA Boulevard 600, 1101 DS Amsterdam
For reservations call: 0900-1458. Access for disabled
www.pathe.nl/arena

One of the newest multiplexes in Amsterdam. Modern architecture and very good quality of the projection, especially in two biggest halls – Munt 3 and Munt 11. Conveniently located in the center of Amsterdam, at the Munt tower and the Flower Market.
Pathé de Munt; Vijzelstraat 15, 1017HD Amsterdam
For reservations call: 0900-1458. Access for disabled
www.pathe.nl/demunt

This is an old cinema now run by a group of young people as an art house. Interesting programming - Rialto often schedules reruns of artistic movies we all missed at the time of their release.
Rialto Filmtheater, Ceintuurbaan 338, 1072 GN Amsterdam
for reservations call: 0900-1458
Access for disabled
www.rialtofilm.nl

De Uitkijk means in Dutch as much as "look-out". It is a very small movie theater conveniently located on the Prinsengracht, just meters from Leidsestraat, in a proximity of Leidseplein. De Uitkijk is traditionally an art cinema programming small indie films. It also often reruns the older good movies.
Prinsengracht 452, 1017 KE Amsterdam
For reservations call: 6237460
www.uitkijk.nl