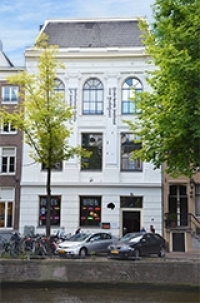 The Netherlands Media Art Institute in Amsterdam remains active, but as of January 1, 2013 it is not more open to the public.

Amsterdam is an important center for modern art influencing the whole of Nothern Europe. The Netherlands Media Institute organizes exhibit of multimedia artists and serves as resarch center with its Mediatheque. Along with De Appel Foundation and The Eye Institute the Instutute extend the traditional forms of visual arts as painting and sculpture into new means of human expression, well into the 21st Century.

The Netherlands Media Art Institute often called with its Dutch name abbreviation NIMk (Nederlands Instituut voor Mediakunst), presents each year several exhibitions, with Dutch and international multimedia artists. The exhibits touch the social problems, but because of the experimental character of presented ideas and creations the NIMk shows are more addressed to other artists and critics, than to wider public. The recently opened Eye Institute entered also into the multimedia arts field, with much more means and in more popular way working to poplarize modern multimedia arts among the public. 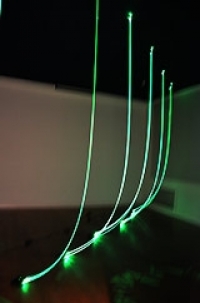 Modern art exhibited in an old, monumental canal house. The NIMK exhibits feel new, interesting, but at the same time experimental and a bit empty. Downstairs the Mediatheque, where on the computer you may search for modern Media Arts creations in the collection of several museums and artistic institutions in the Netherlands and view them on one of the monitors. For people interested in new media and new art, The Netherlands Media Art Institute is a must, for general public we would see it as a deviation.

The Netherlands Media Art Institute has been established in 1978 and since then started the collection of multimedia art creations. Today the Institute manages aalso the collections of De Appel Foundation, Lijnbaancentrum in Rotterdam and the Instituut Collectie Nederland. Additionaly the media art collections from The Groninger Museum, The Jan van Eyck Academie and The Kröller Müller Museum accessible via Internet, may be also viewed at the NIMk Mediateque. 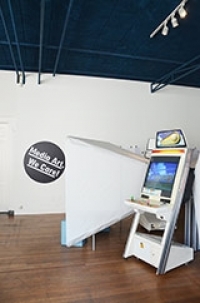 walking: from the Central Station, walk along the Singel canal, turn right into the Radhuisstrat – first street with the tram tracks and after 20m turn left in Keizersgracht (20 minutes)
by public transport: trams lines 3, 17 from the Central Station, and line 14 from the city; busses 21, 170, 171 from the Central Station - exit on the stop Westermarkt
by car: exit ring with the S105 exit, continue till you reach Prinsengracht and the Westerkerk, metered street parking in the area € 5 an hour, walk for 5 minutes to the Institute. The Europarking car park at Marnixstraat 250, 1016 TL Amsterdam (€ 4 an hour) lies about ten minutes walk from the NIMk institute.

The Netherlands Media Art Institute in Amsterdam on the map