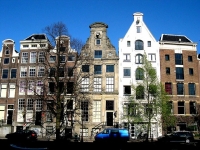 Huis Marseille is a private museum for photography located in the old centre of Amsterdam, in the old 17th century merchant’s canal house. The museum takes its name from the stone tablet placed on its front by the original house owner, which shows the French harbor of Marseille.

The history of the Huis Marseille museum

In 1993, a De Pont Modern Art Foundation from the southern Dutch city of Tilburg, named after the successful businessman, lawyer and industrialist Jan de Pont (1915-1987) and active in collecting and promoting contemporary art, took the decision to expand its activities into the field photography. The foundation bought an old townhouse in the Amsterdam and turned it into the museum. Huis Marseille (House of Marseille) opened in 1999 and until today it organizes exhibitions of all genres of photography past and present. 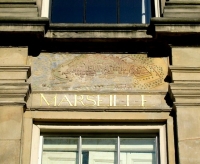 House Marseille museum is collecting and exhibiting in its six exhibition rooms, photography in all its form. The accent is put on the visual value of the works. Exhibitions change every three months. Since 2003 Huis Marseille has also a good photographic library opened to the public.

Huis Marseille created in cooperation with the Nederlands Fotomuseum, Spaarnestad Photo, FOAM and Noorderlicht Foundation an online photographic library catalogue listing all publications about the given photographer. 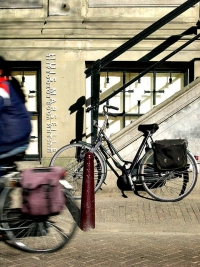 A small, well run photography museum. Also an opportunity to see the interior of the wealthy merchants 17th century canal house, though rebuilt but giving an idea how these houses were built, with a garden and a small garden house behind.

How to get to Huis Marseille

Public transport: Trams 1, 2, 5 (get off at Leidsestraat / Keizersgracht)
Parking facilities: Byzantium (10 minutes walk to Huis Marseille), Museumplein, Marnixstraat.
Pay attention to the numbers on Keizersgracht, because Huis Marseille is easy to miss walking, as the museum is modestly marked.

Huis Marseille museum in Amsterdam on the map