The Rembrandt House Museum in Amsterdam 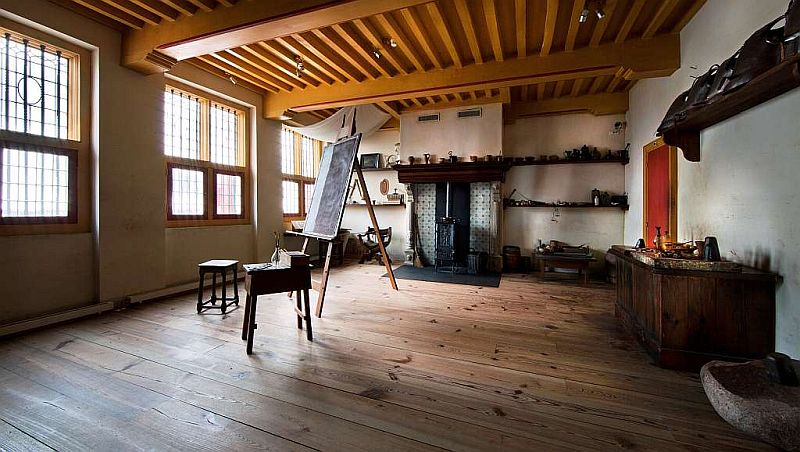 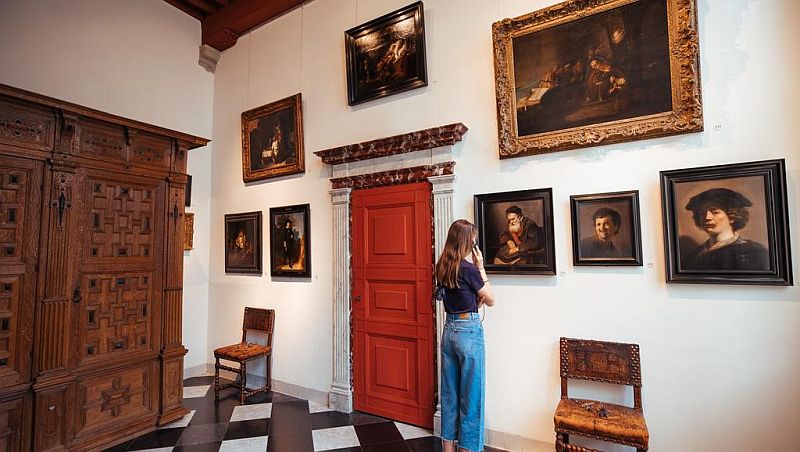 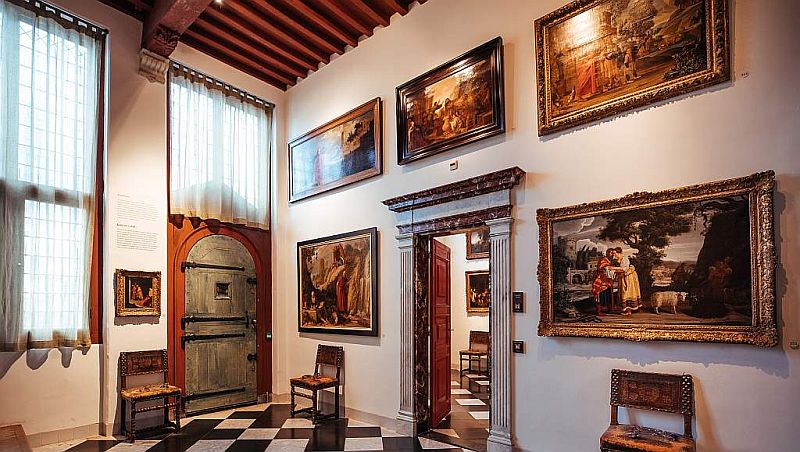 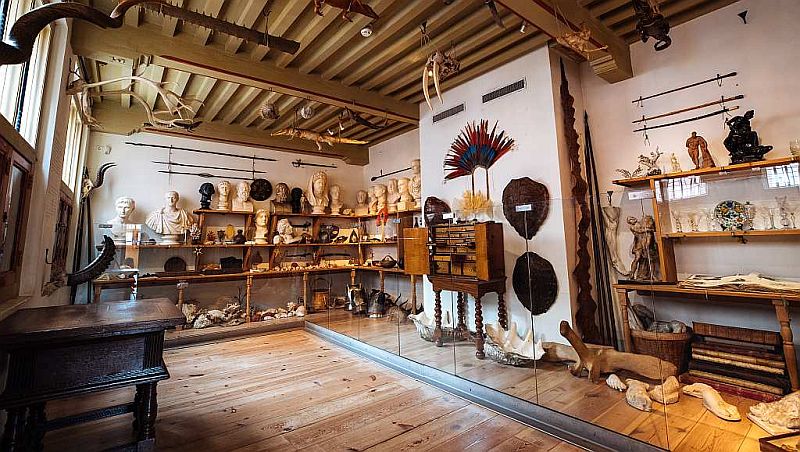 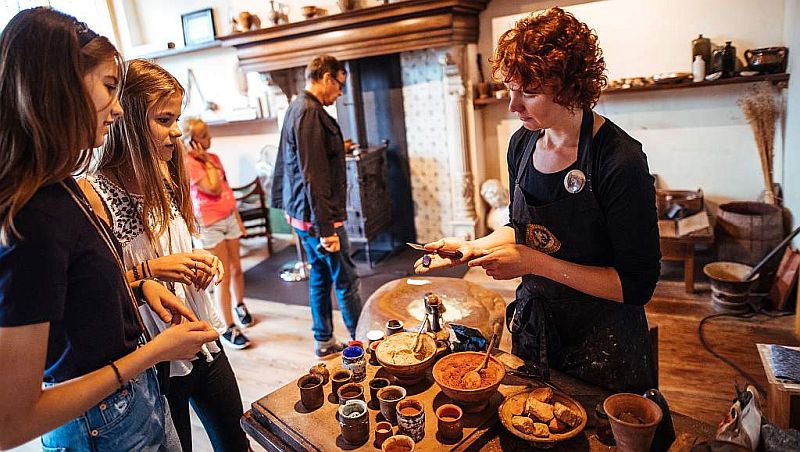 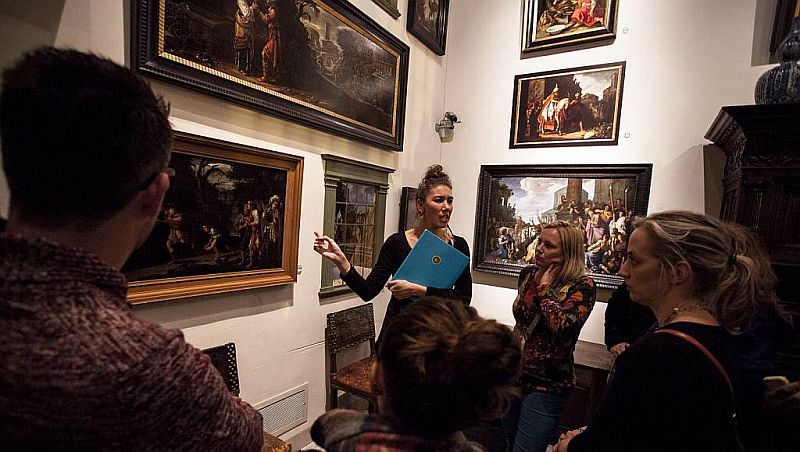 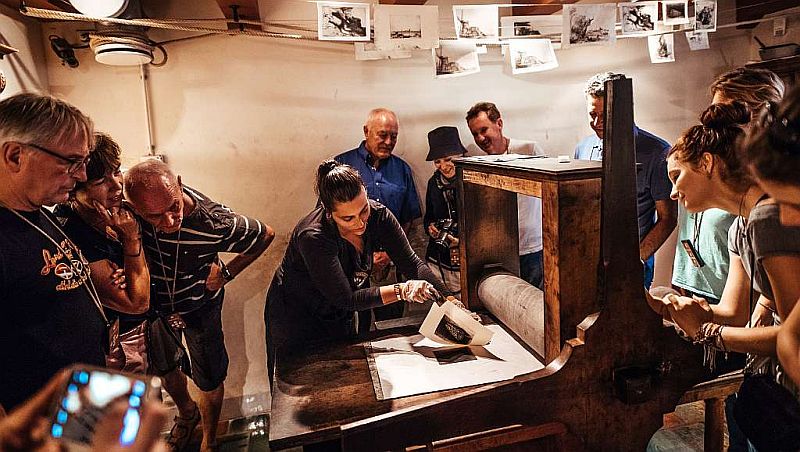 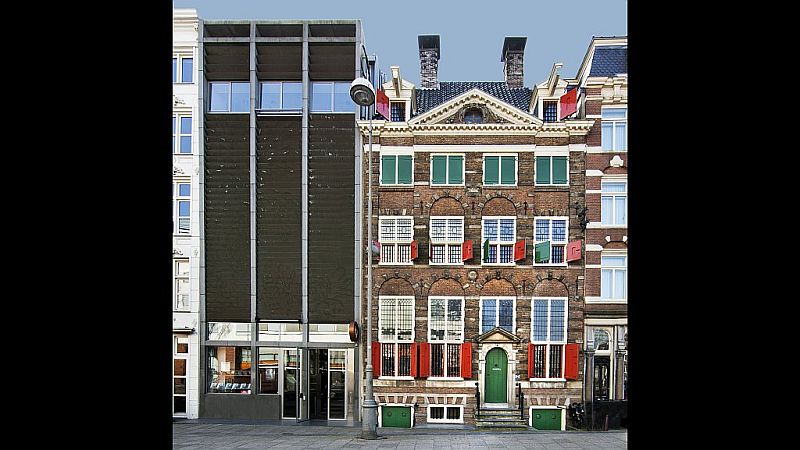 Not far from the Chinese quarter of Amsterdam and right behind the Red Light District if you walk from the Dam square east, in a direct proximity of the Waterlooplein, the house stands which the famous Dutch painter Rembrandt owned and lived in, between 1639 and 1659.

A modern annex has been built next to the Amsterdam Rembrandt’s house in 1998. Together, these two buildings are today a museum of Rembrandt’s life and work. For a visitor The Rembrandt House Museum in Amsterdam shows the unknown aspects of the famous painter’s life and his artistic craft.

You can book the Rembrandt Museum tickets online.

The house was built in 1606 and this date painted in gold decorates until today its facade. It is relatively wide, built on two adjoining lots, then in the new and fashionable eastern part of the city. It was a diverse neighbourghood, home of many artists and also the Jewish Quarter of the city.

In 1906, during the Rembrandt Year, the foundation has been established to buy the house of the painter. In 1911, after a thorough restoration, the Museum has been opened to the public. The Amsterdam Rembrandt House Museum is a reconstruction of Rembrandt’s rooms and of his workshop. The furniture and objects from the epoch are carefully presented together with the prints, sculptures and a few paintings of other painters from Rembrandt’s time. A collection of almost all Rembrandt’s prints and the graphic techniques he used, are also shown.

The Rembrandt House Museum in Amsterdam is an interesting reconstruction of painter’s everyday life, his living quarters, and his workshop. As always with reconstruction, the visitor might miss a bit authenticity. Nevertheless, The Rembrandt House Museum might be interesting for people who want to know more about the famous painter’s life, his graphic work and about the Dutch Golden Age in general.

How to get to The Rembrandt House Museum

Walking:The museum is located in the center of the old Amsterdam; about 15 minutes walk from the Dam square, in a direct proximity of the Waterlooplein square.
By public transport: metro: Waterlooplein Station; tram: lines 9 and 14, Waterlooplein stop.
By car: If you are persistent with using your car in Amsterdam, you may park it in the underground parking under the big, white building of the Stopera (Town Hall and Opera Building).

Rembrandt House Museum in Amsterdam on the map