Amsterdam museums and exhibits focused on hobbies, collections and lifestyles

The lifestyle of Amsterdam inhabitants is today a mixture of strong Dutch traditions with elements of cultures brought by trade, travels to the distant lands and by immigration.

Every person chooses some hobbies and lifestyle. Then is interested in exploring or enjoying that topic or activity. Amsterdam hobby museums and exhibits explore these life choices.

Below you can find Amsterdam museums of the hobby category. Visit their individual pages to read more, see photos, view their location on a map and where possible even buy tickets online.

An old brewery in the home town of the producer of one of the world’s favorite beers, operates today as the Heineken company museum and an amusement gallery for the adult beer lovers. While the museum exhibit and the old brewery are impressive, on top of Heineken pilsner, which always tastes excellent, you may also like the Heineken Experience attractions.

A cheese shop located nearby Anne Frank House with almost 100 different sorts of the famous Dutch cheese with a small museum exhibit in the cellar.

The Dutch Costume Museum in Amsterdam

Located in a 1670 authentic canal house, this small museum shows Dutch folk costumes full of colours, rich in their craftsmanship and amazing in their originality. While inspiring for today’s fashion designers, these vintage Dutch clothes from villages like Volendam, Marken and Enkhuizen are still worn by locals today. In the museum’s basement in a photo studio you may have your picture taken dressed in an Old Dutch costume.

Ever wondered what it is like to live right on the canals of Amsterdam? This is your chance to visit a former sailing vessel, although the houseboat is no longer used as a home, it looks like the owner could pop back in at any moment. 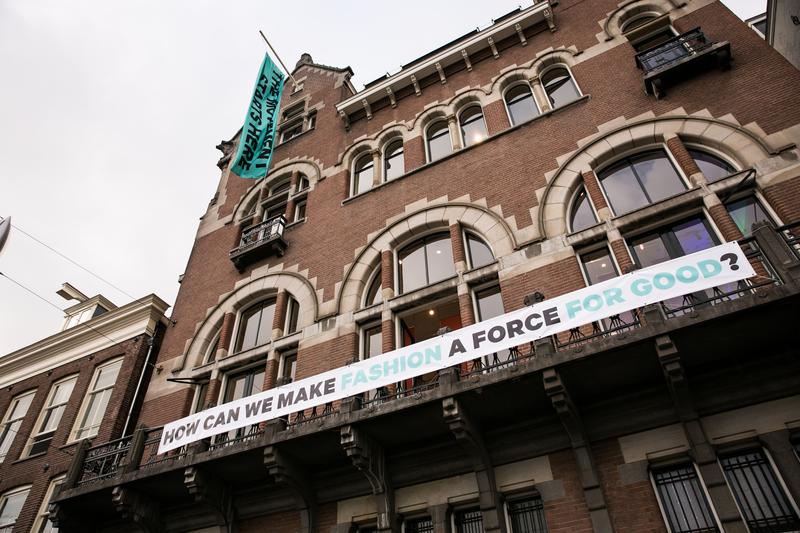 Fashion For Good in Amsterdam

A space where you can learn how your clothes were made and discover innovations shaping the future of fashion. During your visit, you can find tips to have a positive impact, commit to taking action and shop sustainable products.

Het Nationaal Brilmuseum – The National Museum of Spectacles in Amsterdam

In an old town house (dating from 1620), at one of the narrow streets in the very centre of Amsterdam, an interesting small museum has been located focused on just one object: the spectacles. If you are interested in the history of fashion or the spectacles in particular – this is your chance, because the collection is rich, the old house impressive and the Brilmuseum presentation remarkable.

Thousands of pipes on show, carefully collected and presented in the beautiful interior of a 17th century's canal house at the Prinsengracht. The best collection of its kind in Europe, confirmed by the Dutch Museum Register, recognized as the national museum in its field by the Dutch Ministry of Culture.

One of the newest Amsterdam museums is also one of the most original: located at the municipal Amsterdam cemetery and crematorium De Nieuwe Ooster museum, has death and sorrow as its subject. The Funeral Museum Tot Zover, which we may translate as “For So Far” or “For So Long”, tries to show us how we can deal with death, memory of the people who are gone and human funerary rituals in the context of different religions and traditions.

Tassenmuseum Hendrikje - Museum of Bags and Purses in Amsterdam

Tassen Museum Hendrikje or in English: Museum of Bags and Purses is a private museum of ladies handbags. This may seem not serious, but Hendrikje Ivo, an antique dealer from Amstelveen who established the collection, has today more than 3000 handbags. All the big designers’ names are beautifully presented, with Dior, Chanel and Versace, as well as hundreds of bags from the past, with the ones from the late Middle ages as the oldest. The museum has a café, with a lunchroom, perfectly maintained garden and a museum shop with… yes; you guessed it right, hundreds of design handbags.

A small and elegant museum organized by an important Amsterdam trader in these precious stones – Coster Diamonds. An interesting exhibit has been visualized by all modern multimedia means. Diamond Museum is conveniently located in a direct proximity of Rijksmuseum and the Van Gogh Museum.

Just one exhibit room in the Since Park of the University of Amsterdam, where Mr. Edo H. Dooijers assembled several old and interesting computers from the beginning of the era and where upon appointment, he gives free guided tours for the visitors, also in English.

A small museum on the first floor of the former prison – Max Euwe Centrum, named after the Dutch World Chess Master from 1935, is a gathering place for the chess fanatics in Amsterdam. History of the game of chess in the world and the unique person of Max Euwe, world celebrity during his times, are carefully presented through photographs and memorabilia.

A small museum of pianolas displays automatic pianos form the beginning of the 20th century, which were reproducing music using the carton rolls with a hole for each music note. Pianolas were very popular until 1930's. They had seemed to be an invention of the future. The later development of the phonographic industry made the pianolas obsolete. The museum has 15 original instruments and 20 000 paper music rolls. The Pianola Museum is located in the Jordaan, in a short walk distance from the Anne Frank Museum.