In the official list there are about 30 parks in Amsterdam, ranging from Wertheimpark which covers one hectare, to the fabulous Vondelpark which covers 48 hectares. In the number of parks makes Amsterdam a peaceful oasis even on a busiest day (except for Queensday, of course). 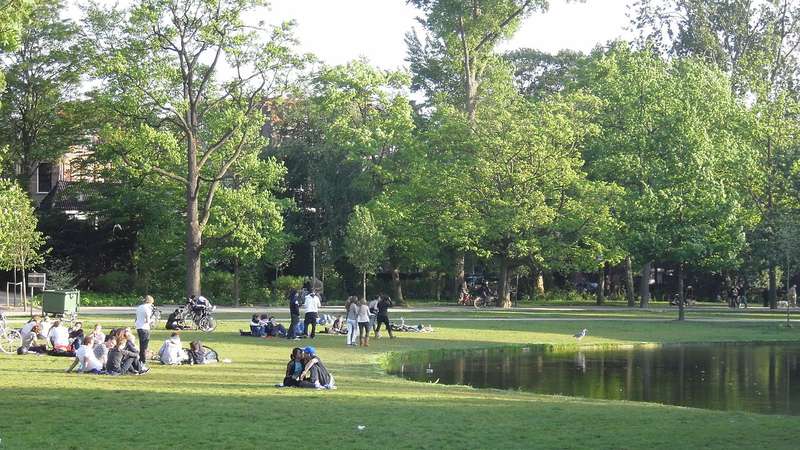 The largest city park in Amsterdam, and the most famous park in the Netherlands. Vondelpark welcomes about 8 millions visitors every year, and is a very popular destination for locals for jogging, dog-walking, or just for the view. Free concerts are given at the open-air theatre or in the summer at the park's bandstand. The park is near to street 1e Constantijn Huygensstraat. 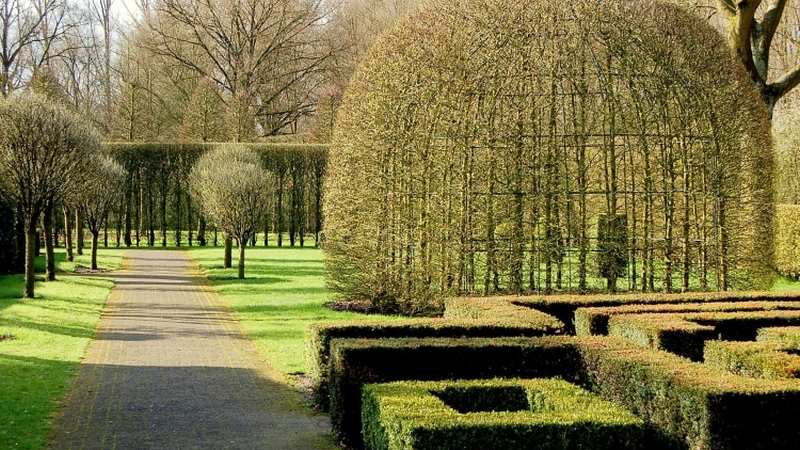 Situated in the suburb of Buitenveldert, southwest of Amsterdam, the park offers good facilities for children, including playground, minigolf, minifootball and pony rides. Among its attractions are rose garden, rhododendron walk, and model garden with nursery. The well preserved Rieker windmill from 1636 is located on the southern tip of the park. Art exhibitions are held in the Glazen Huis and the Papillon Gallery. In summer the tours in a miniature train are possible. 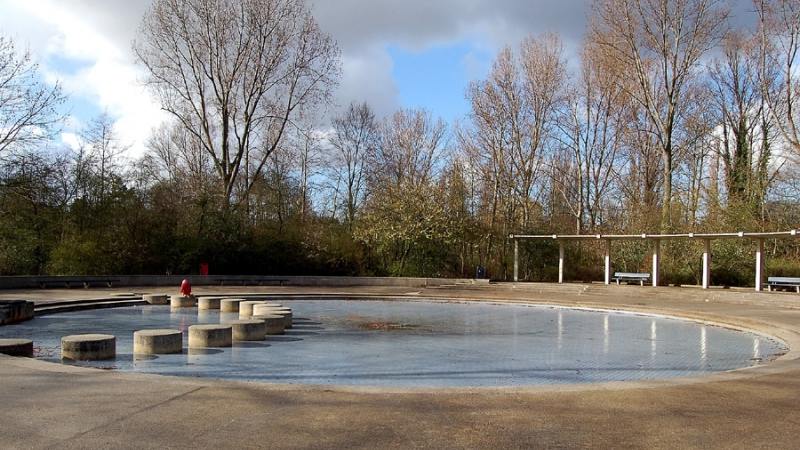 A small, pleasant and quiet park named after the Dutch Queen is one of the cleanest in Amsterdam. It is located behind the RAI congress centre in the South Amsterdam. A group of 1100 persons united in a society of the park’s friends, protects the Beatrixpark against neglect and bureaucratic lack of common sense. The society constantly observes changes in the park, keeping it in a nice, friendly shape. The park is near to the street Diepenbrockstraat. 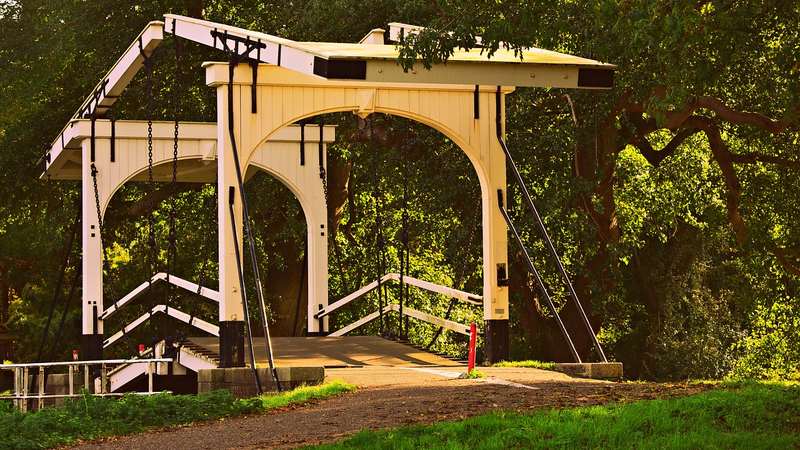 This woodland park is the largest recreational area in Amsterdam. Lying about 4 meters below sea level and laid out in 1930s in a project to reduce unemployment. Today, the marshy areas around Nieuwe Meer are nature reserves. A stretch of water called the Bosbaan flows through the park, and is the venue for rowing competitions in the season. At the west end of water is the Bosmuseum which exhibits on natural and social history of the park, there are also temporary exhibitions. The Amsterdamse Bos is a home to about 150 variants of foreign and native trees and colorful collection of birds. Entertainment includes shallow swimming pools, a pancake house, a goat farm. If you want to hire a canoe or pedal boat, heat for the large lake called Grote Vijver. The park is near to street Amstelveenseweg. 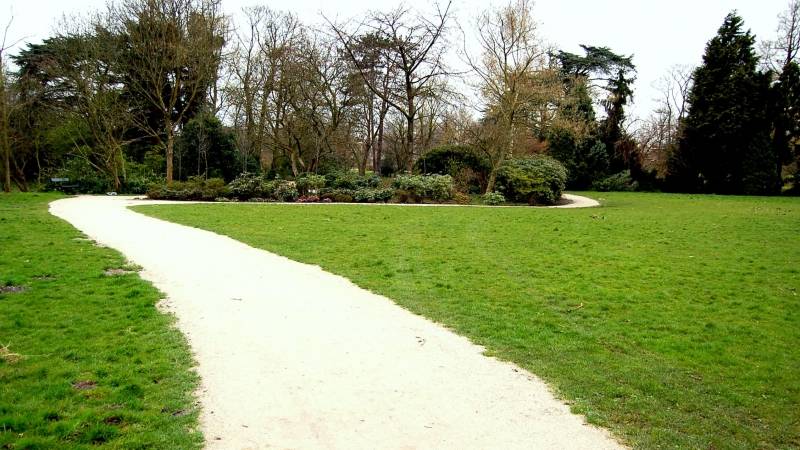 During the early 18th century, many wealthy Amsterdammers used to build country retreats to spend their summer vacation on reclaimed land called Watergraafsmeer, south of Plantage Middelaan. Frankendael with its ornamented facade is the last of them that survived. The rare park is open to public and covers 7 hectares. One part of the park is a botanical garden that boasts some 500 varieties of wild plants and trees, of which some rarely can be seen elsewhere. The park is near street Middenweg. 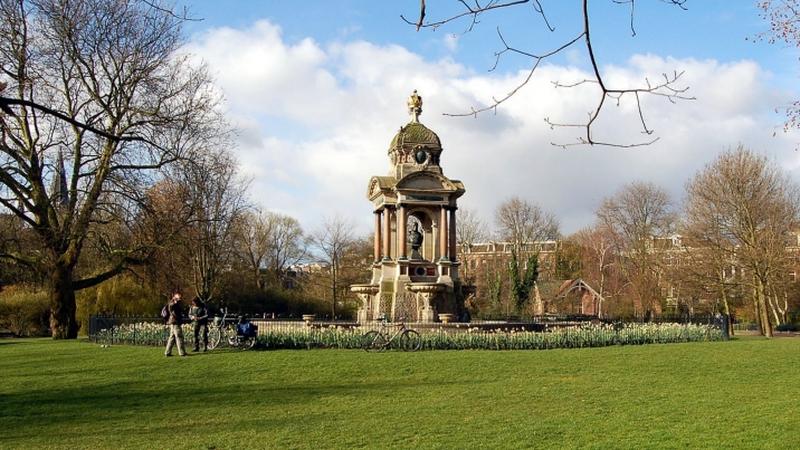 Located in the heart of the peaceful district de Pijp, the park is naturally surrounded by variety of cafes and snack bars what makes them an ideal place after jogging refreshment. The park has been recently renovated and is a popular meeting place, not only for dog-walkers.
The park is near to the street Ceintuurbaan. 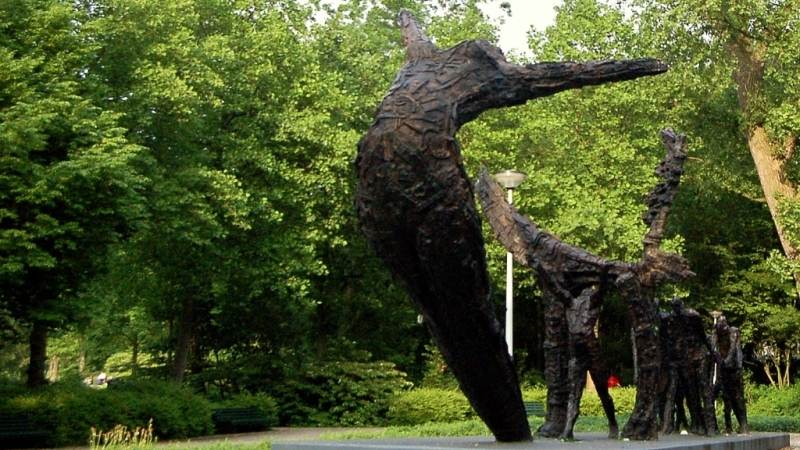 This spacious park from the end of 19th century in East Amsterdam, just located behind the Tropical Museum, exhibits several big, monumental sculptures. While Oosterpark may be not worthy a special detour, if you are in the area, this is certainly the place for a longer moment of relaxation. The park is near to the street, which is also called Oosterpark. 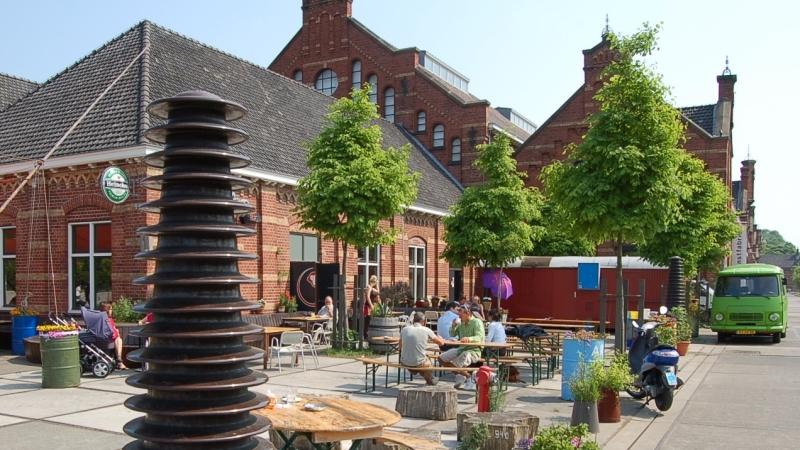 Extensive park near the city center is a playground for creative artists, even a farm is to be found here. A former gas factory, situated in the middle of the park, has been converted into pleasant cafes a creative offices.
The park is near to the street: Haarlemmerweg.

Amsterdam has four beaches which provide joy to both residents and tourists. The beaches are great for lounging, enjoying the sunshine and culinary delights. Nemo Beach (Oosterdok 2), Citybeach "Het stenen hoofd" (Silodam), Blijburg and another beach in Amsterdam Noord, welcome you on a sunny day.